A biker with secondhand parts 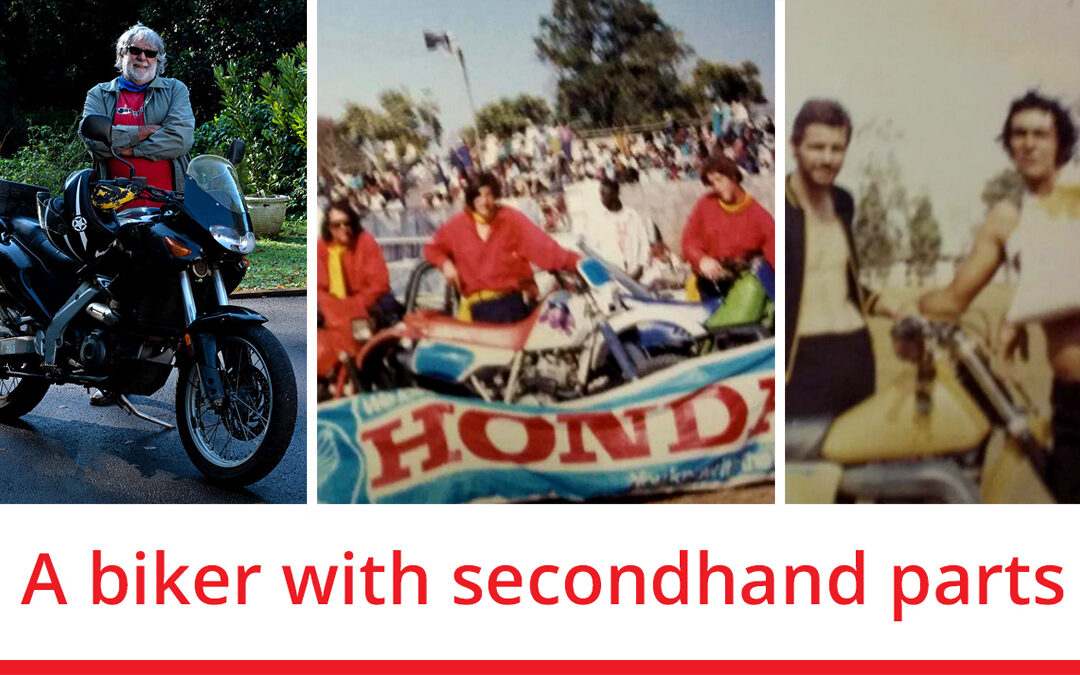 YOU’VE woken up with a crick in the neck, and end up walking around for a couple of days wincing at every turn, wondering how you’ll manage to sleep if you can’t get into a position that relieves the pain.

After a few anti-inflammatories, the ache eases, and you thank your lucky stars that you’re not walking around like the Hunchback of Notre Dame, your face squinched permanently into an odd grimace of pain.

Now imagine a neck or shoulder injury that doesn’t let up on its own. Is it any wonder that some people become addicted to pain medication, or that people resort to repeated surgeries to deal with the painful symptoms of such injuries?

Meet Garth Row, a 73- year-old man who, when asked how he might describe himself, playfully quips that he must be an idiot, because apparently that is what his wife calls him.

Garth is certainly no boring old codger. He grew up in Zambia and has lived an active, outdoorsy African lifestyle.

He says he has raced everything from motorcycles, and cars, to boats. He was involved in flying gliders and he even ran a motorcycle stunt team at one point!

Unsurprisingly, all these extreme sports were bound to take their toll in some way, and sure enough, the axe fell in about 1975, when Garth was  performing at one of three big Zambian Trade/Agricultural Shows, where he had been employed to entertain the public.

At the very first show, where he was due to put on two performances a day for five days, Garth smashed up his left shoulder in an accident.

He explains that he was carted off to the hospital where the staff wanted to admit him, but he was adamant that this was not going to work for him.

In the words of all the best entertainers, “the show must go on,” and Garth was determined to finish the show.

He admits that he wasn’t able to do very much. “But I just had to be there,” he said.

“It was a bit hilarious, as my shoulder had been pushed back and heavily strapped into place whilst I was under the influence of huge doses of morphine.

“Somehow, I managed to finish the show. Afterwards, l went back to the same hospital.”

Following a great deal of begging and pleading, the hospital agreed to re-admit him.

“I was very lucky,” Garth says, “as there was a young doctor there. He may have been Korean, if memory serves.

“He convinced me he could provide a permanent fix by putting my shoulder back together and locking it in place with a piece of sterilised human bone.

“The op was done immediately, as my shoulder was, by then, a bit wrecked.”

Garth is grateful, for this innovative surgery and says that in spite of what he describes in his jocular fashion, as “a bit of a hiccup,” when one of the pins started to work its way out, he has thankfully, never looked back.

“There I was, walking around with a bit of pin sticking out my shoulder, tearing my shirt up.

“At one stage I tried to knock it back in. Bad move! “It was kinda sore,” he says, obviously downplaying the pain he’d been in.

“The doc then knocked me out and pulled out the pin with a pair of pliers,” he says nonchalantly.

That incident aside, Garth reckons his recovery was excellent. He has about 80% movement, and just a “funny, numb feeling,” which he’s able to live with.

He says that without the implant in his shoulder, he doesn’t think he could’ve carried on doing what he does, as he was young at the time, but has never lost his great love of motorcycles.

In fact, ever the adventurer, Garth still posts regularly on Facebook about the journeys he undertakes on his powerful road bike.

It’s hard to imagine him living a sedentary life, unable to enjoy these jaunts off the beaten track, but it is possible that this is exactly the fate that might have awaited him, had that precious piece of bone not been implanted into his shoulder. 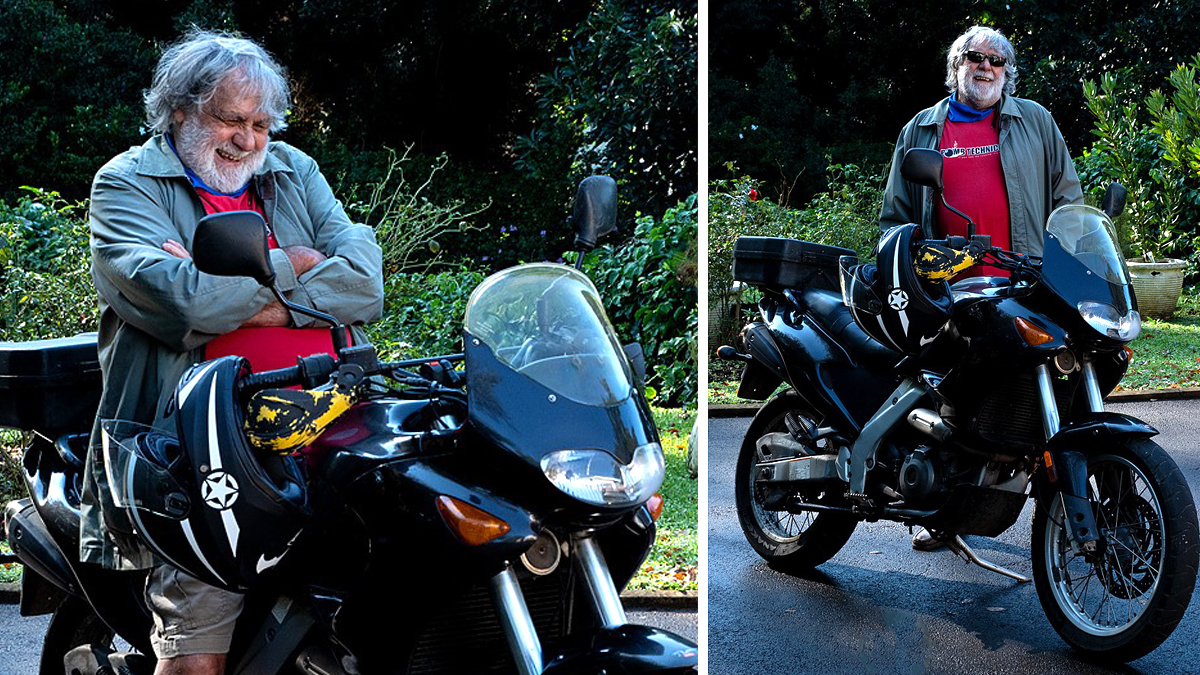 Here in South Africa, we have two Tissue Banks: The Centre for Tissue Engineering and Vitanova. Between them, they retrieve tissue such as skin, bone, corneas and heart valves. Donated bone tissue is used in surgeries much like the one carried out on Garth Row all those years ago – a surgery which is still keeping him going strong today, even as he refuses to take up residence in a comfy rocking chair.

The donation and retrieval of these tissues can be carried out up to five days after death, depending on the type of tissue.  We all know that to become an organ donor you have to be on a  ventilator and declared brain stem dead,  if this is not the case you can still be a tissue donor which will result in the improvement of  the lives of up to 50 people just like Garth.  Because Tissue Donation is time sensitive remember to call the Organ Donor Foundation’s toll free number 0800226611 (24/7) as soon as possible after your loved one as died. The ODF will then put you in contact with the relevant Tissue Coordinator, for assistance.

“I am extremely grateful now, although I never really thought about it before – that the bone tissue was there for me, ” says Garth.

“And I would gladly give any bit of me if it could help someone else – though admittedly, there’s not much left of me that might be of any use,” he grins.

Have you ever considered becoming a tissue donor?  You may help many people one day, with heart valves, skin, bone, tendons and corneas.

It is really easy to become a potential organ and tissue donor. Simply discuss your wishes with your family and then just to make sure that you cover all the bases, register with the Organ Donor Foundation as a potential donor.  There is no cost to you now or later, no medical, no age limit and it takes less than 3 minutes to register.  It is easy.  Visit www.hero777.co.za and click on the REGISTER HERE button.