Get the ball rolling, sign up to help Danny meet his goal! 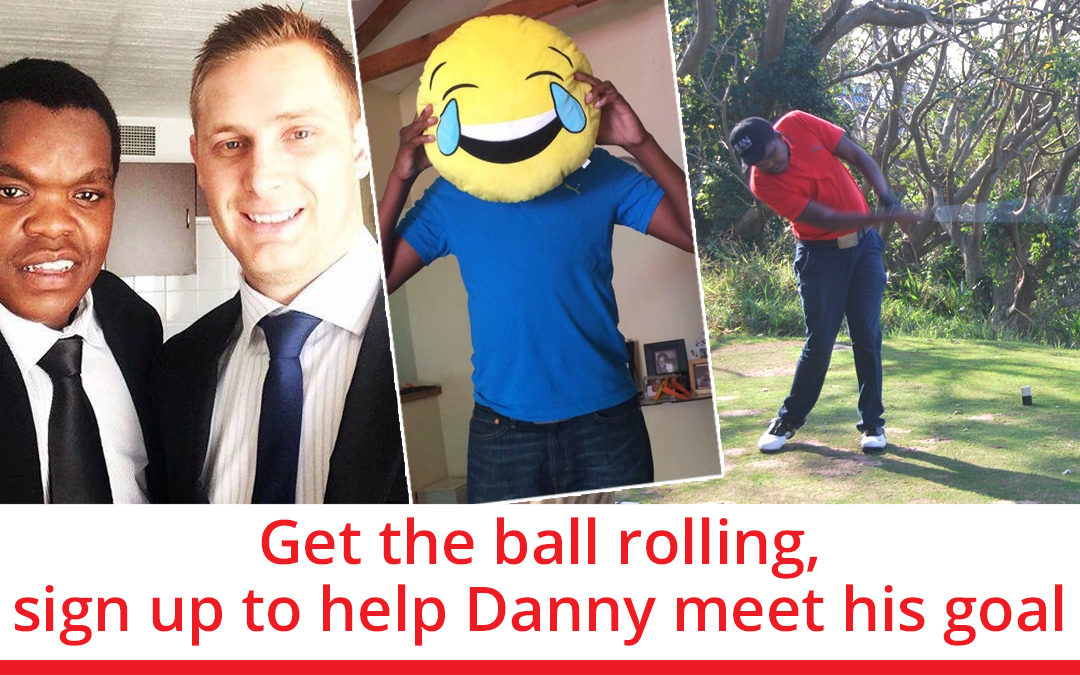 Get the ball rolling, sign up to help Danny meet his goal written by Janine Magree

Danny Mchunu is 33 and looking forward to celebrating his birthday in August, which is also Organ Donor Awareness Month. (Hero777 hopes he has good reason to crack open the champagne.)

Describing himself as a happy, passionate and motivated person, Danny is fond of a joke and likes to make others laugh. He is an enthusiastic sort, who says he enjoys helping people just to see them smile. He also chooses to see the good in people rather than the bad. Danny adds that he is loyal, confident, a deep thinker and a great conversationalist.

“I think I am well-liked,” he says, “and even loved by those I interact with; I think if they had to describe me, they would think of me as a helper and someone who chooses to care.

Danny lives alone in sunny Durban, South Africa. He loves bonding with his mates over a round of golf, saying that the sport calms him. “I work for the most amazing company called DERIVCO, I joined in 2017 and I have loved it. I enjoy the team I work with, the culture is amazing and we work really hard but laugh even harder. It’s the best place to work,” he enthuses.

“I do spend a lot of time on the course if I am afforded it. I like reading a good book in my downtime and love watching sport, mainly football. I am a big Arsenal fan, but I probably shouldn’t say that too loud at the moment,” he jokes, alluding to the Gunners’ misfortunes, after the cub finished eighth last season in the Premier League and failed to qualify for European football for the first time in 25 years.

It seems Danny’s not kidding when he professes to be a loyal guy as he’s sticking with his team, even though they also lost their Europa League semi-final 2-1 on aggregate against Emery’s Villarreal. 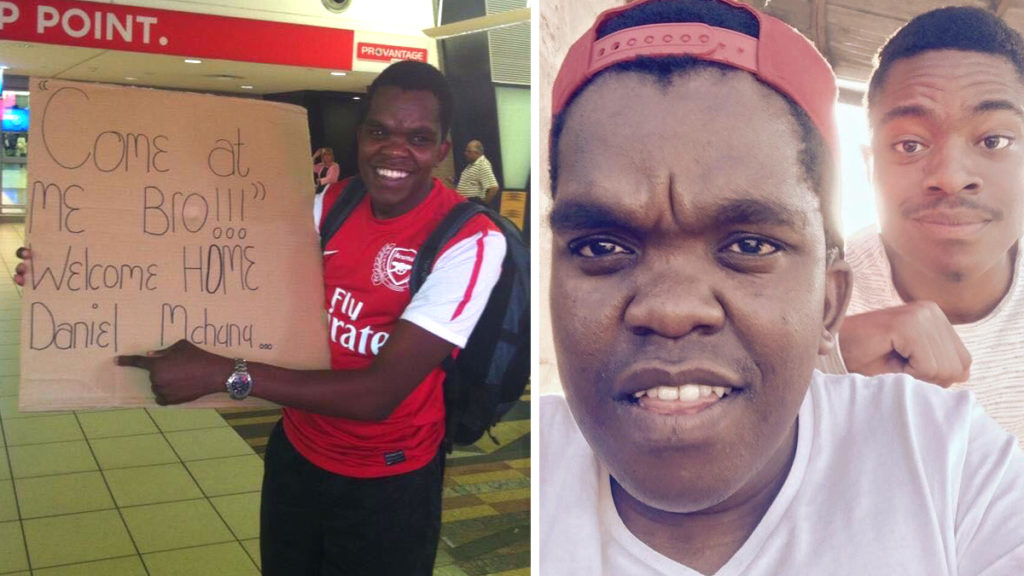 Asked what caused the condition that created the need for a transplant, Danny says he has absolutely no idea. Apart from having issues with his hearing, Danny says, “I have been pretty normal my whole life; I played lots of sport as a kid and was generally in good health.

“I did wear hearing aids as I was hard of hearing and I had to have a cochlear implant when I moved to Durban as my hearing had deteriorated, but I now have full hearing, thanks to some amazing technology.”

It was 2016 when Danny first went into hospital after having difficulty with his breathing. After spending some time in ICU and being subjected to extensive testing done, he was diagnosed with Mucopolysaccharidosis type 1 (MPS1), an autosomal recessive lysosomal storage disease, also known in its severe form as Hurler syndrome.

Danny says, “This is a rare genetic disease. In 2016, I was told that I would need medicine to keep my heart going until such time as a decision was made to transplant. I have been on medication ever since, and this year after another stint in ICU, the doctor made the call to place me on the transplant list for a new heart.”

For those with a medical bent, who might be curious about the effects of this condition, it is caused by an alteration in the gene that makes the enzyme alpha-L-iduronidase. Because of this, cells either produce the enzyme in small amounts or cannot produce it at all. This affects many body systems and leads to organ damage.

In the mildest form of this disease, patients usually have a fairly normal life expectancy, but in the most severe cases, patients rarely live longer than 10 years.

Danny realises how difficult it can be for some in similar situations to his to hold down a job, and says he has been fortunate to receive amazing support from his employers and colleagues. “They have taken my condition very seriously, on days when I have not felt well, I’ve been sent to the doctor and then home. In my first week at work I went into ICU and the support was overwhelming, I was told to take my time in recovery, and that my life was more important, my job was never in jeopardy.

“My condition has only really affected me physically as I don’t get to enjoy a good run or hard workout, I am not allowed to put too much strain on the heart, which is why I love playing golf so much.”

Danny says that should he receive a transplant he would most enjoy the freedom to be more active, take longer walks and runs, and get out onto the sports field.

His infectious enthusiasm for life has many people rooting for him and it’s not hard to see why: “I love that I am blessed with good people everywhere I go, whether it be my family or friends or colleagues at work, I have been so blessed to meet the right people.

“I haven’t felt sorry for myself with my condition,” he says. “If anything I am incredibly lucky to have the team of doctors and the amazing nurses who have attended to me whilst in hospital. It is important for me to realise that I am alive and have to live the best life I can while I can.

And if you think these sentiments are admirable, don’t put away the Kleenex just yet. Danny is a true soldier: “To be able to potentially get a transplant means a second chance, I am grateful for this,” he says. But according to Danny, there is nothing bad about his life. “I get to laugh and share jokes with friends. There are many, many people who have it worse. I am extremely lucky,” he admits.

“I surround myself with good people, this keeps me going always, I have people who message and call me daily to find out how I am. I seldom have bad days because I refuse to feel sorry for myself.

“I believe that life is like a game of poker, everyone gets dealt a hand, these are my cards and I must play them as best I can to win the game. Everyone you meet is dealt a hand, how they play it is totally up to them.”

Danny, who has been an organ donor for a few years now, says that he does not believe enough is done in South Africa to make people aware of organ donation. “This should be taught at school,” he says. “I really only learnt about organ donation when I was affected by my own need for a donation.”

A firm believer in the opt-out system, Danny says that if it were up to him, he would make it a rule that people should be organ donors from birth.

“After all, they are free to opt out,” he reasons. “I feel a lot less people would opt out than opt in. My friends are all well aware of my condition, and a lot of them have since become donors.”

“That they can save as many as eight lives, simply by donating their organs is amazing, and that is not even taking into account how many can be assisted with tissue, bone and corneas. Please become a donor,” he implores. “Imagine it was your family member needing assistance.”

And indeed, there are thousands of people just like Danny in dire need of organs; people who might die if they don’t get the help they need, so, quoting a smiling Danny and the famous sports brand slogan, why not help others by donating your organs when you no longer have need of them? 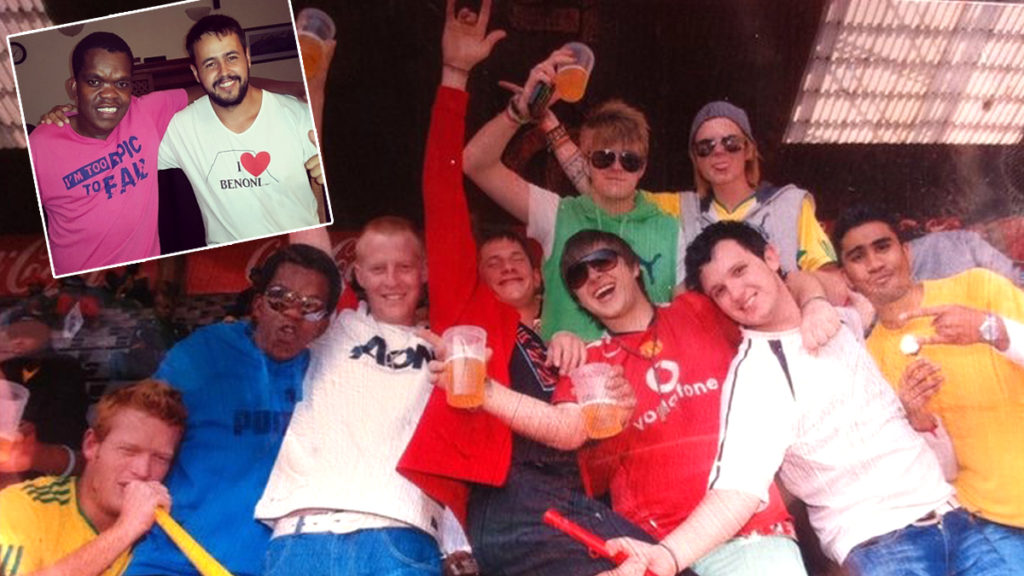