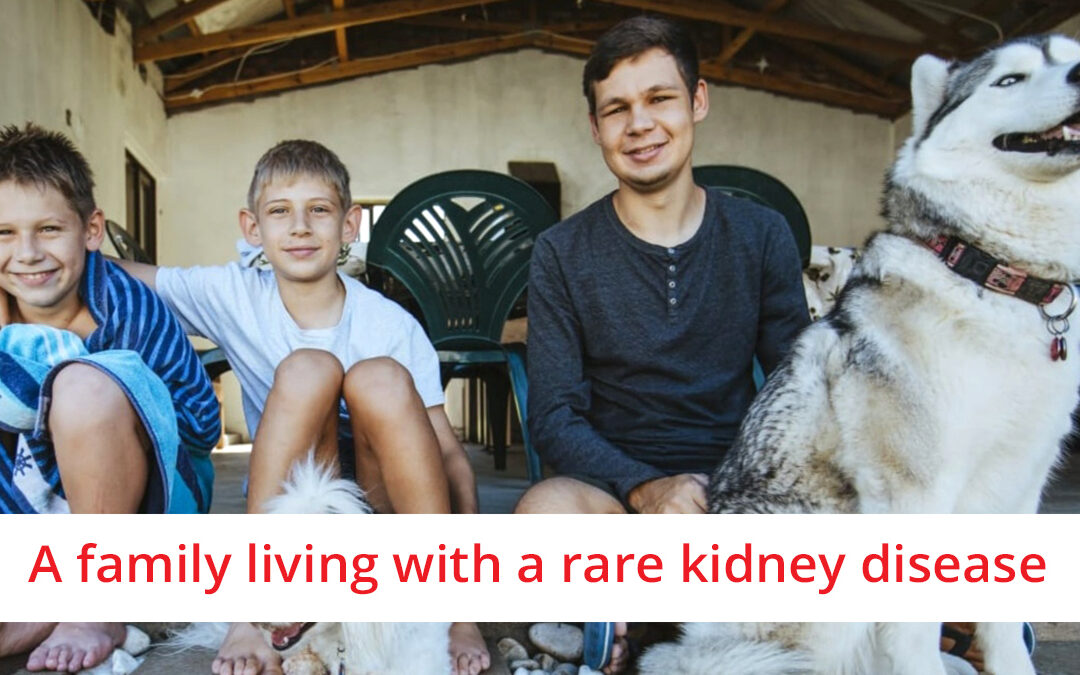 The women in our family are outnumbered by males.

This is a brief account of how all but one of our children have been directly affected by kidney disease, yet all continue to make their mark on the world.

In September 2012, at the age of 13, our eldest child was diagnosed with chronic kidney failure.

Johan had always been a quiet child, but from the beginning of 2012, we noticed that he seemed to be losing his appetite. Gradually, he lost more and more weight. His performance at school also began to suffer.

From birth, he had developed a special relationship with his grandfather and since his grandfather had died suddenly the previous year, we speculated that this might be the cause of the weight loss and his scholastic deterioration. In October 2012, Johan visited a psychologist and was subsequently admitted to a clinic for therapy.

The clinic duly conducted routine blood testing and from the initial results, it was clear that there was a problem with Johan’s kidneys.

Soon afterwards, he was diagnosed with chronic kidney failure.

Johan was anaemic, he had very high blood pressure and increased kidney functions, so he was transferred to a hospital, where all sorts of tests were done, including a kidney biopsy. The doctors were unable to determine the reason for his kidney failure.

On the 4th of June 2013, Johan’s father donated a kidney to him, but just four years later, in September of 2017, Johan’s body rejected the transplanted kidney. Work-up procedures for a second kidney transplant began in 2018, and Johan has been on the transplant list since February 2021.

Even once they have been listed, the waiting period to receive an organ is long.

Patients like Johan can wait for years to receive a kidney.

In November 2020, the final tests were completed, and the pulmonologist (respiratory specialist) told us Johan could not afford to wait years to receive a transplant.

He said it was crucial that we find a suitable donor as soon as possible.

Our son’s body is currently undergoing enormous strain: his heart is enlarged, and he suffers from severe hypertension, which is being treated with six different types of blood pressure medication.

Making the best of his situation, Johan completed his studies in Computer-aided Draughting in 2019. Unfortunately, despite his qualification, he is struggling to find work due to his illness.

In order to receive haemodialysis – *the name given to the process of purifying the blood of a person whose kidneys are not working normally* – Johan would have to be absent from work regularly, and there are obviously very few companies willing to make allowances for this.

The Covid-19 pandemic has also had a negative impact on Johan, since he is a high-risk patient. As such, is forced to isolate himself, only going out when absolutely necessary. This has obviously been a setback – as for many who are concerned about the increased risk of infection – and has caused Johan to withdraw from society even more, which is worrying for any parent. 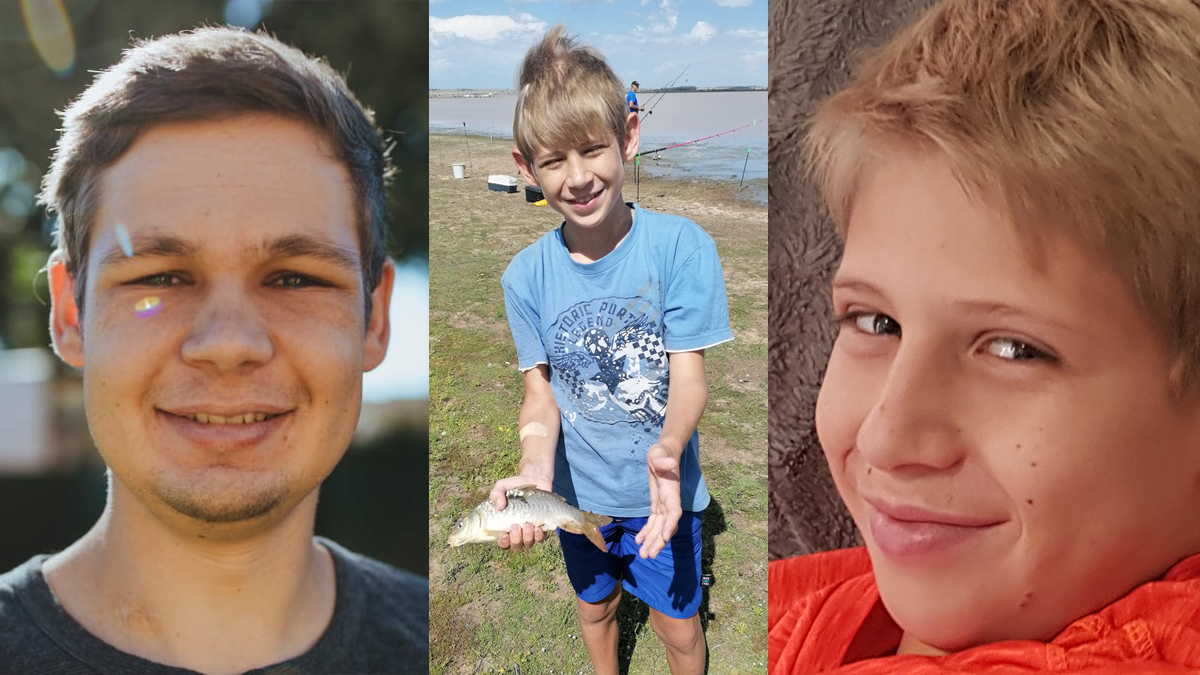 At the age of 10, in September 2019, Janco was also diagnosed with chronic kidney failure. Since we had never discovered the reason behind Johan’s condition, it had always been an underlying concern that our other children were also at risk of developing kidney disease, so we often took them for blood tests in order to check their kidney function.

Janco had been complaining of tiredness and we could see that he was looking pale, so we hauled him off for another round of blood tests. Sure enough, the results indicated that Janco was also in chronic kidney failure.

A kidney biopsy was performed, but as with his brother, the cause of the problem was not determined.

Janco’s work-up for a transplant has since been completed, and he has also been placed on the transplant list.

Janco loves playing sports, but due to his illness and restrictions necessitated by the pandemic, he has not been able to participate in any sports.

He was especially fond of rugby, but because transplanted patients are unable to play contact sports, Janco will not be able to play rugby in future.

In light of these hardships, we are especially proud that thanks to his dedication and hard work, Janco scored an average of 84% at school last year.

This was a huge achievement, as Janco often feels off-colour, particularly on days when he receives  dialysis, and is left feeling drained and exhausted.

Genetic testing began last year, and in December, we received the results, which confirmed the reason behind Johan and Janco’s kidney failure.

It was a huge shock to discover that Altus, our youngest child, has the same genetic disorder as his brothers – NPHP3.

Altus is not currently in kidney failure, but will obviously require careful monitoring.

It is with immense sadness that Altus has had to accept what lies ahead for him, as the challenges his brothers face are not lost on him.

NPHP3 causes a disease called Nephronophthisis. There is no cure for this, and as the disease progresses, it causes chronic kidney failure, as well as liver and vision problems.

There is no cure for chronic kidney disease. Both kidneys lose function over time until they ultimately cease to operate at all.

Dialysis and a kidney transplant are the only treatment to prolong these patients’ lives.

Both Johan and Janco receive dialysis three times a week for four hours and are treated for high blood pressure, iron deficiency, anaemia and other health issues. 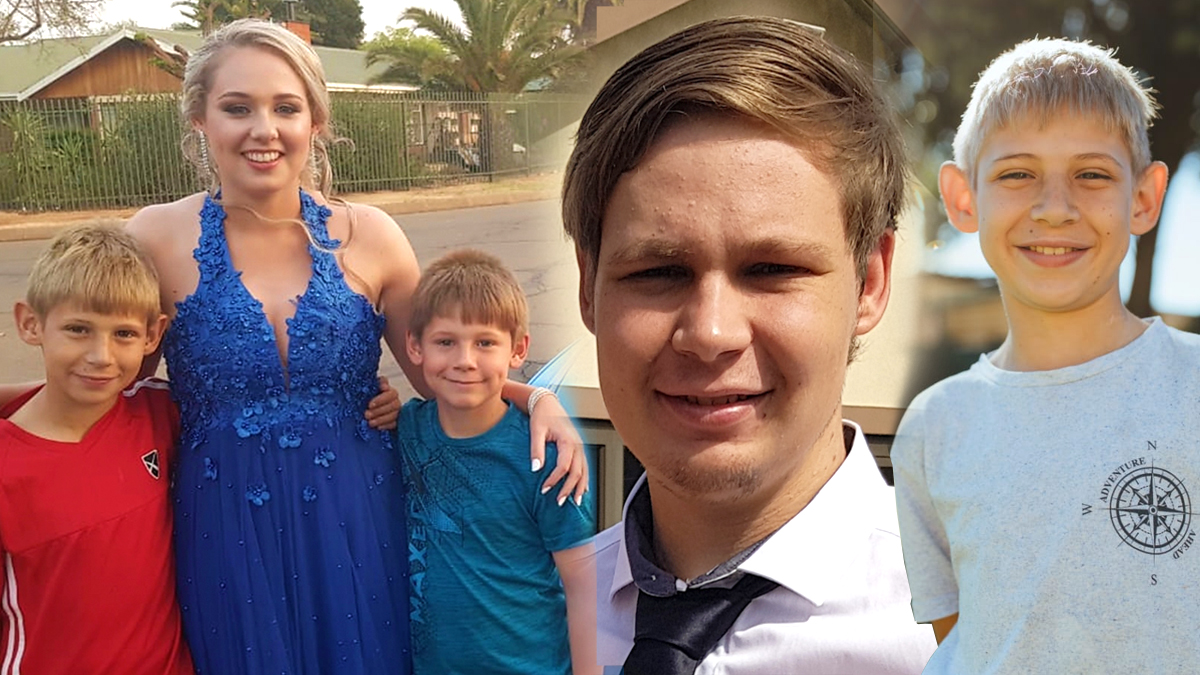 We are very proud of all our children though, because of the positive manner in which they have adapted to the obstacles placed before them.

Each one experiences his or her own fears, and they have all been confronted, from an early age, with an “adult disease” that has affected their lives enormously.

It is unbelievable how, even as youngsters, Janco and Altus accepted certain negative aspects of our family’s situation in a very mature way.

For instance, due to the financial burden caused by the disease, holidays and  weekend breaks are simply not possible.  Besides, Johan and Janco receive dialysis on Saturdays, which means we are unable to travel far, but they have uncomplainingly accepted their lot.

Although Elma has not had to deal with the symptoms of kidney disease herself, she has been confronted with the fall-out from her brothers’ kidney disease from an early age.

Despite this, Elma is a well-balanced young woman, who performed well at school.

She is currently a second-year LLB student at the University of the Free State and received nine distinctions in her first year!

If you have ever considered registering as an organ and tissue donor, please do.  Have the conversation with your family, ensure they understand your wishes and make a difference in someone’s life one day.  It is so easy to do.  Simply click on the register here button on this page.

Thank you for reading our family’s story.