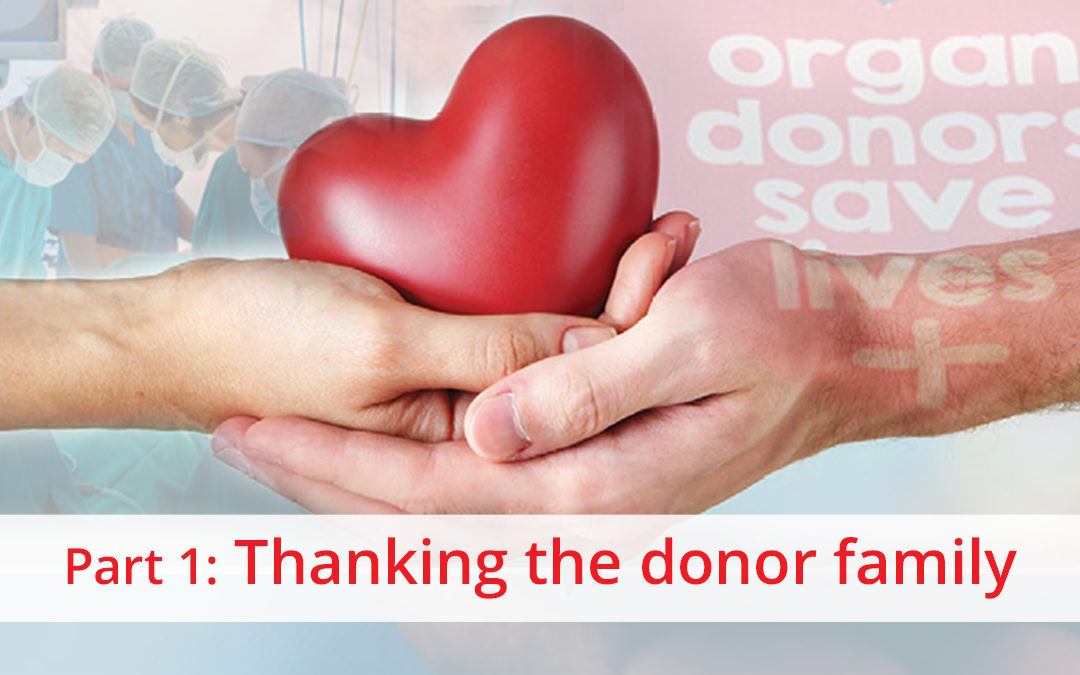 ON VALENTINE’S Day, I made contact with a mother who had reached out from Canada to other donor families.

Her beautiful dark-haired smiley-eyed Neil*, had been involved in a motor vehicle accident in mid-November.

As the family were boarding their flight to be with him in Vancouver, which is where he had been airlifted to, they received that horribly familiar heart-stopping phone call, telling them there was nothing the doctors could do for him.

Apparently, Neil looked perfect; there was not a scratch on him. He was on life support, so he was a good donor candidate.

Neil had registered as an organ donor when he got his driver’s license, so the decision had already been made, but as is the case here in South Africa, the family had to okay the decision before Neil’s organs could be transplanted.

For his mother, Valentine’s Day marked the heartbreaking three-month milestone.

It was around that time when the reality sank in for us that our son was not away on holiday with friends.

Never again was he going to walk through the door, flop on his bed, fill the house with his guitar music or the reek of his foul-smelling rugby socks.

We would never share our mutual dark humour, or watch our favourite TV programmes together. We’d never again see him cut through the waves on his surfboard or skilfully dodge an opponent on the rugby field. Worst of all was the realisation that he would never hug us in this world again.

I felt I knew what this mother in a small town 16600km away was seeking.

She wanted reassurance that her son would not feel she’d given up on him. She needed to know that she’d had no other choice, she had gone along with his wishes and she needed to know she really had helped people by agreeing to sign those forms.

In short, she wanted to know she’d done the right thing and to be able to show her large family that she had made the best decision.

I spent an unorthodox Valentine’s morning telling her my boy’s story. 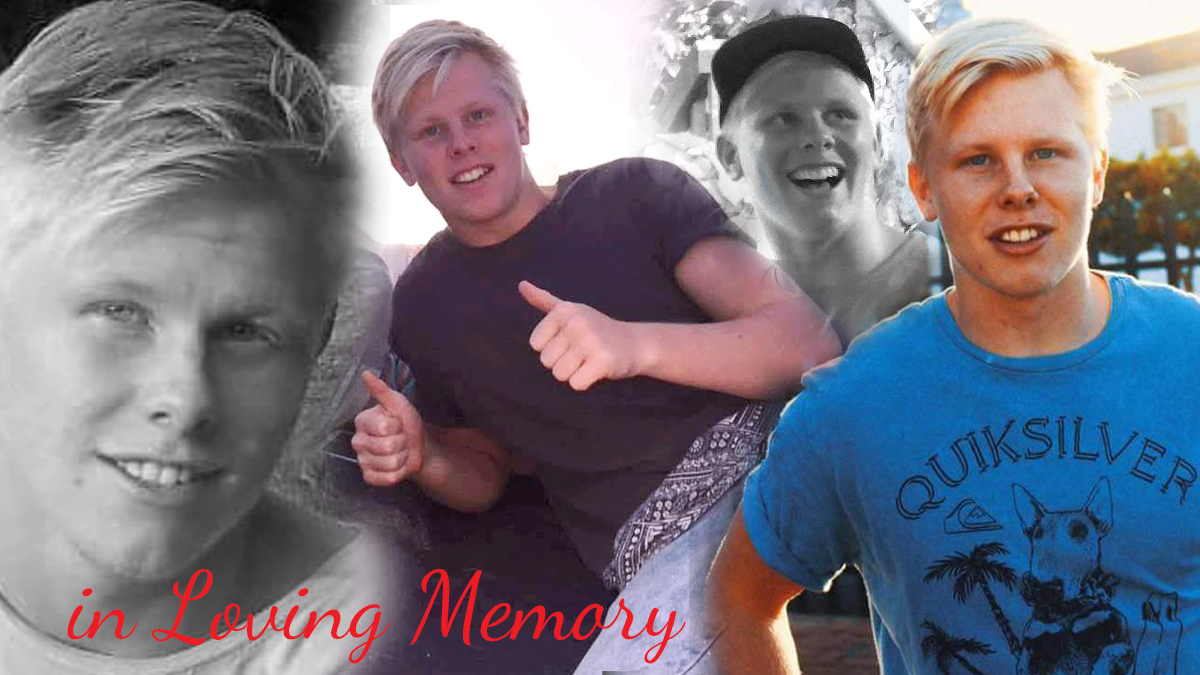 I told her about his collapse, the call from our other son relaying the news and about our race to get to him.

I mentioned those I’d dubbed “vampires” who pushed their way in, seemingly to feed off our pain, and those who had done what they could for our child; Milan, the school friend who helped administer CPR and the anaesthetist whose name I still don’t know, who gave me the plain facts I asked for and worked with Milan to try and keep Bryn alive until the paramedics arrived what seemed liked hours later.

I told Neil’s mother about the bargaining with God in the ambulance.

I also told her what she knew already – that although we had recently discussed organ donation at the dinner table, and Bryn and I had agreed it was the right thing to do – it’s not quite so cut and dried when you are the one with the final say. The overwhelming feeling is turmoil, and that does not go away overnight.

I was the one with the gruesome tactlessness to suggest testing for brainstem death.

I felt that outsider saw me as the heartless mother who refused to wait till daylight before asking the empathetic young Dr Scott Mahoney to explain the decision to our other child and to the boys’ friends gathered around, presumably hoping Bryn would be breaking out the hip-hop moves by morning.

The only thing I did not do was sign the papers when the co-ordinator finally arrived, looking like she had spent a couple of hours in hair and make-up whilst all I wanted in my haggard frustration, was to escape that hospital even if it meant sprinting the eight or so kilometres to my home.

After thinking 10 steps ahead of everyone else until the wee hours, I was emotionally spent and my mind was numb. My husband was the one who signed over the organs and there was no counselling to soften the awful blow of what this meant.

We drove home on shocked autopilot, fell into a couple of hours’ worth of sleep; then in just a few short hours, we were driven by friends to the hospital where he’d been transferred, to say our goodbyes.

With all the gadgetry and pipes snaking their way around his body, and the medicinal smell which wasn’t his, it was the hardest of goodbyes.

…It wasn’t long, just a few months, in fact, before I began campaigning for organ donation.

Kissing my Bryn goodbye may have been the toughest thing I had ever had to do, but the fact that his organs were donated meant his life had served a purpose and I wanted other parents to have that same knowledge that it wasn’t all in vain. If I could have saved him, I would have given him all my organs, but instead, all I could do was give him a meaningful legacy.

I wanted my boy’s life to be seen as something special and for his name to be remembered in a positive light.

Organ donation made him a hero, but it also made me anxious to prove to my husband and other son that we had done the right thing.

The only way I could prove that was by showing them evidence. But where were the letters from hordes of grateful recipients?

I had researched and spoken to enough recipients to know that organ recipients suffer from survivors’ guilt, and often feel they should not be alive at the expense of another, but the truth is, I did not begrudge anyone my son’s organs and tissues.

There was no need for anyone to feel guilt or shame at being alive.

All I wanted was to know that his recipients had used his organs to live good, meaningful lives.

I wanted them to justify my decisions on that awful night by telling us that yes, their aim was to live well for Bryn, or to have their families contact us to thank us for that decision, which may not have saved their child, but which prolonged the time they had to spend together.

In campaigning for organ donation, I feel it is vital that co-ordinators, whatever their personal feelings towards their patients, encourage them to write to the donor family and ensure they pass on the messages timeously.

Even if the donor family does not feel able to read it right then, they could change their minds at any time, and the letters are something one wants to have on hand for when the time is right.

Believe me, you don’t want to have to beg and plead with co-ordinators, or fight to receive the letters that you feel your loved ones deserve.

Apart from being the polite, decent thing to do, it is also a good PR tool. After all, who wouldn’t want to sign up as a donor, knowing that they could make a significant difference in the lives of another family?

Right here in South Africa, a cherubic little curly-haired blonde boy set off a chain reaction some years ago, after he drowned.

When his courageous family agreed to donate their little boy’s organs, another family waiting despairingly in the hospital, agreed to do the same with their child’s organs.

All these mothers still cling to the hope that their sons’ organ recipients will make contact with them, bringing an end to the wondering, validating the choice by giving concrete meaning to an extremely painful decision and providing a sense of hope, which I view as being essential to the grieving process.

Many recipients worry that writing will add to their donor family’s grief or that talking of their hopes for a new and better life would be inappropriate when their donor family are grieving. This is not the case at all.

Every family has the choice of when to open your letter so it will never be read at the wrong time.

Donor families make the decision to support donation because they want their loved one to save others. Your news will show they have achieved this and according to take great comfort from that knowledge.