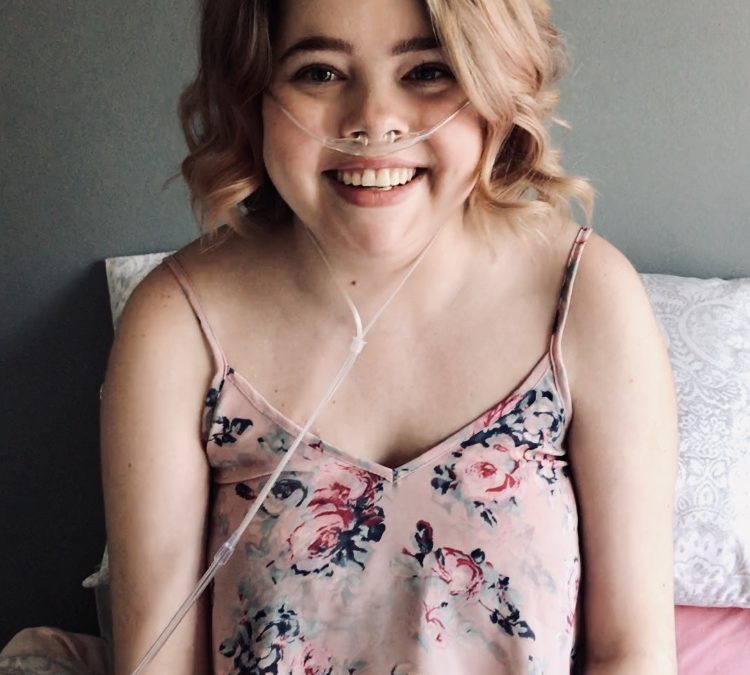 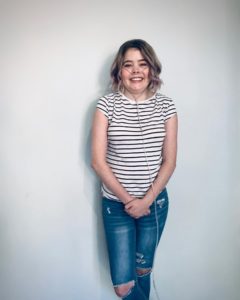 It’s always hard when someone asks you to tell your story. Where do you begin? How much do you tell? It’s weird to even imagine I have a story worth reading. How do you fit a lifetime in a few pages?

My name is Kayl Symons, I am 23 years old and I have cystic fibrosis and am currently waiting for a double lung transplant. This is my story.

I was diagnosed with cystic fibrosis at five years of age, so I don’t remember a life when I was not taking medication, but luckily, that was about as bad as it got when I was young.  I was very fortunate to have had a fairly healthy childhood compared to many other children with cystic fibrosis. Yes, I missed the odd day of school for a sore tummy, or because I was feeling sick, but it was nothing major. 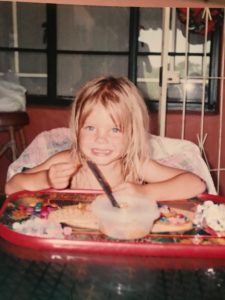 My first hospital visit was at the age of 10 when I had a bowel blockage. Cystic fibrosis is a progressive disease, so as I got older, I started noticing some changes. For instance, it would now take me a week to recover after going on a school camping trip, but from a young age, my mom always encouraged me to do as much as I could when I was feeling up to it and to take as much time as I needed to recover. 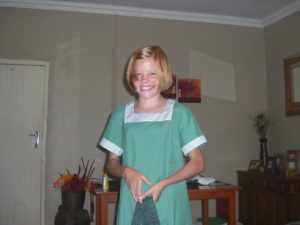 I am so grateful for that attitude especially in high school, when she would let me go out to parties even if I had missed school that week (haha!) She never mollycoddled me – she let me live and try anything and everything, even skydiving at 16 (that took almost a week to recover from).

Shortly after my skydive, I was diagnosed with rheumatoid arthritis. This led to frequent hospitalisations for the pain, but also recurring chest infections, which are very common with cystic fibrosis. From the age of 16, I would be hospitalised about three or four times a year for infections, and there would be many more visits to the ER because of pain caused by rheumatoid arthritis.

I finished matric and moved to Durban to study Make-up and Special Effects for six months. Looking back, I can now say that that is when my health took a turn for the worse. After I finished my 6-month course I moved back home and decided I was going to do a BA in Communication Science. 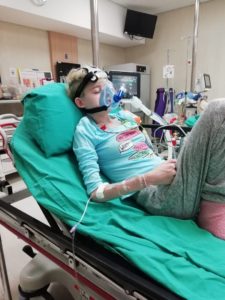 Before my first semester was due to start, I was looking forward to a trip to Hawaii for six weeks, but just before the trip, I started feeling really terrible. I was constantly tired and miserable, so off to the hospital, we went, and I was then diagnosed with cystic fibrosis-related diabetes.

This is quite common in people living with cystic fibrosis, where the body produces unusually thick mucus, which can increase the risk of dangerous lung infections. Cystic fibrosis can also cause scarring of the pancreas, which affects the organ’s ability to produce insulin. As a result, those with the condition become insulin-dependent. 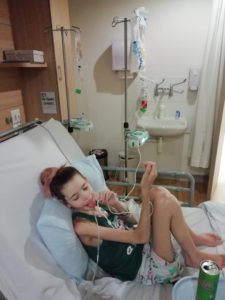 Luckily, after just a few days on meds, I felt much better, and a couple of weeks later, off I went on the trip of a lifetime!

I am so grateful that I was able to go on that amazing trip, as I have such incredible memories – I was able to enjoy a helicopter ride, cliff-jumping and I even got my very first tattoo… stuff I am sure would have given my doctor a heart attack had he been there.

Now, more than ever, I am grateful I got to do all those things and once I have a transplant, I can’t wait to do all that kind of stuff again, especially being able to swim in the sea.

After Hawaii, I noticed a big dip in my health; I had cultured Mycobacterium other than tuberculosis (MOTT). Shortly after my 21st birthday, I began treatment for this. It was a long and rigorous 18 months’ worth of treatment, and the medication made me feel terribly sick. The cruel thing was that it was the year of my 21stst and I was not allowed a glass of champagne to celebrate… but I managed.

After six months of treatment, I was cleared of the MOTT, but shortly after that, I spent 11 days in ICU with a severe sinus infection. I underwent surgery to clear it, but a few weeks after the op I was back in the ICU. The sinus infection had gone into my lungs and the doctors struggled for months to get this infection under control.

Due to the MOTT and the bad scarring on my lungs from rheumatoid arthritis, this was the perfect breeding ground for the infection. With this came low oxygen stats and I had to be on oxygen 24/7 at home. This was a big thing for me, as it made my disease visible for the first time. 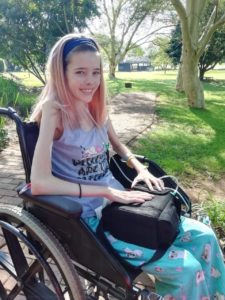 I didn’t like it at first, because I felt every stare and sideways glance. I must have been a sight as I weighed only 32kg, was on oxygen, and unable to walk by this stage. I had a few bad days when I felt sorry for myself and I remember coming home one day from just a short trip to the mall. I just cried in frustration and exhaustion, my mom advised me to just let it out – scream, cry, let all the frustration out, and then move on from it. It really helps! Everyone should try it sometime.

One of the reasons for this frustration was constantly being admitted to hospital. It got to the stage where I was being admitted every two weeks. The infection was so bad and I was unable to breathe, even when on oxygen. I was eventually ventilated and my family was called to come and say their goodbyes, as most people do not come off the ventilator, but I did it!

A month later I was ventilated again, this time my doctor felt I needed more specialised care, so he referred me to Netcare  Milpark Hospital where they have a section specifically for people with cystic fibrosis, and I needed to be accessed for transplant.

I spent nearly seven weeks in hospital, as I was told that I was too sick for transplant, and would never make it through the surgery. Thank goodness they discovered that I had Aspergillus in my lungs and was put on the correct treatment.

Goals were assigned to me that I had to reach; I had to put on close to 30kgs which I have achieved by following a strict diet and being fed by a PEG which goes directly into my stomach. My lung function had to improve, and indeed, it went from 12% to 18%. I am continuing to try and get it higher with continued physiotherapy. It has been such hard work getting to where I am today, but it has been so worth it. 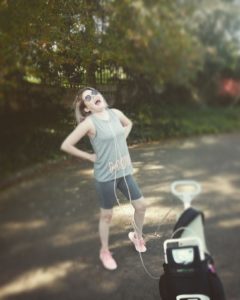 On the 27th of February this year, I was officially listed for a double lung transplant.

I have felt like my life has been put on pause, so finding a donor would be amazing! It would mean a second chance at life. It has been something I have given a lot of thought to, because as much as it would be life-changing for me to find a donor, it is also heartbreaking for the donor family, as they would be dealing with the incredible loss of their loved one and having to honour their wishes to save many lives.

I would forever be grateful to my donor and their family and will try to show my enormous appreciation by living the best life I can in honour of them. 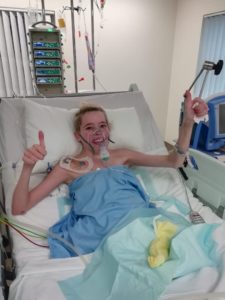 In the meantime, I have started a Facebook page called Kindly Kayl, so people can follow my story if they would like to. The aim is to help spread the word on how important organ donation is and how it brings hope to those who are in need of a transplant.

If you have considered organ and tissue donation, please talk to your family and then consider registering as a potential donor.  This can easily be done by clicking on the register here button on this page,  Thank you for wanting to Be A Hero!