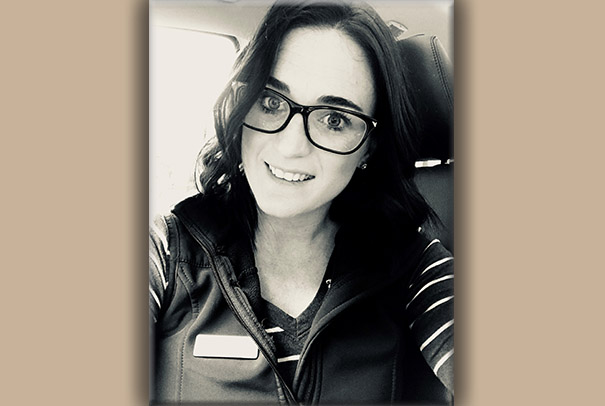 ONE of the most frightening aspects of reality is how quickly life can change. For me, my life literally changed in an instant, at the blink of an eye. Having recently relocated to Zululand to join my husband, Mike, I was known for living an active lifestyle as an employee for Zapper South Africa.

It was after returning home from a friend’s wedding in November 2015 that this lifestyle quickly changed after discovering a blood-shot right eye. Thinking it was just sinus; I was prescribed pain killers and went on with my daily life. When the pain became more severe, antibiotics and anaesthetic eye drops became part of my daily routine.

Soon I visited a specialist and was told that the problem was potentially autoimmune – something in my blood was attacking my own eye. The mystery then, and still now, is what and why? I was initially diagnosed with acanthamoeba keratitis which is a very rare waterborne parasite, followed by other keratitis variations. The most difficult part of my journey had its beginning here as I had to use strong eye drops every hour, every day for six weeks. 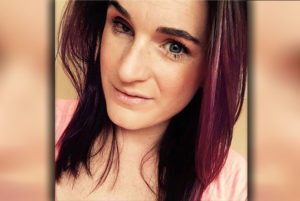 The painful lifestyle was manageable thanks to my husband and close friends who administered the drops in hourly shifts. Unable to cope with the pain, I was admitted into Empangeni Private Hospital where I met with an additional specialist who discovered I had developed a cyst on my eye which was immediately removed. I was then referred to a doctor at a Hospital in Durban who made the shocking discovery of a very rare Moorens Corneal ulcer. Moorens Corneal ulcers, affect only 0.03% of the population. The doctors agreed to take on my case and the difficult ocular disease.

Cornea transplant process :
After weeks of daily eye drops, huge quantities of prescribed medication, biweekly blood tests and cornea scrapes, the Moorens Corneal ulcer continued to thrive off my own cornea and in early January, the doctor made the call for a cornea transplant. This was my chance to get better and possibly see out of that eye again. Feeling very lucky that I was about to be given the option for a cornea transplant, this was the most exciting yet scary thing I had every faced. As a result of all the medication before, a number of other organs were at risk including my liver, kidney and heart.

By this stage my mental journey had changed and it was not about finding the exact cause of what was wrong, but instead crossing possible causes off the list, the list kept growing. Luckily, I was surrounded by an incredible support system. This was a trying time for my family and friends yet they were with me every step of the way. 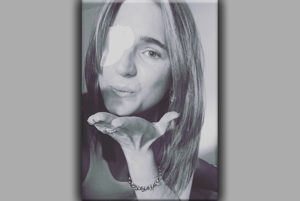 I was to undergo a last minute cornea donation from a Durban based organ donor which resulted in a successful procedure. However just a few weeks later the redness was back and it was clear that the cornea was rejecting. I was devastated. My body was absorbing the cornea and the Moorens ulcer was using it to thrive. Saddened by the failure this made me feel very defeated and like I was not going to get better.

The call was then made to save the cornea and to do this, another donor was needed. The cornea was removed, cleaned, and a scleral patch made from the first donor’s stem cells was placed over it, followed by an amniotic membrane. Together the layers kept the cornea safe and allowed it to be accepted by the body. Going through all at this stage I was living life to the best of my ability, but was still faced with major daily challenges.

At the time of deciding to go with an emergency transplant my doctor made the following comment; “she is still fighting this disease, and the end result is still unknown, but without these donors I suspect she would have already lost her eye.”

This experience has humbled me and I was ready to travel the road to recovery.

After the transplant: My road to recovery

1 year after my transplant I decided that it was time to be brave and look at the option of an Ocular prosthesis, I had turned down this option before as it meant I had to admit I had come to the last option and no further treatment was available including a second transplant. This was a horrible feeling fighting with feelings of “This will be amazing – and – I have failed”.   However, it is without doubt that despite the cornea transplant not being successful, I still live a happy and very active life. 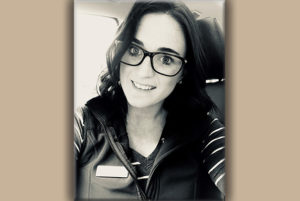 I hope that anyone thinking of becoming an organ and tissue donor does and is Proud to be One. I would not have been given a second chance if it was not for my anonymous donor. I am extremely grateful for the incredible gift I was given and know many others can help others with the same incredible gift. I hope my story helps you decide to register, give people like me hope and become a hero.

Please Talk about, Register and Share your decision to be a potential organ and tissue donor with your family and friends. #BeAHero

Smile it looks good on you – Maxine Griffin