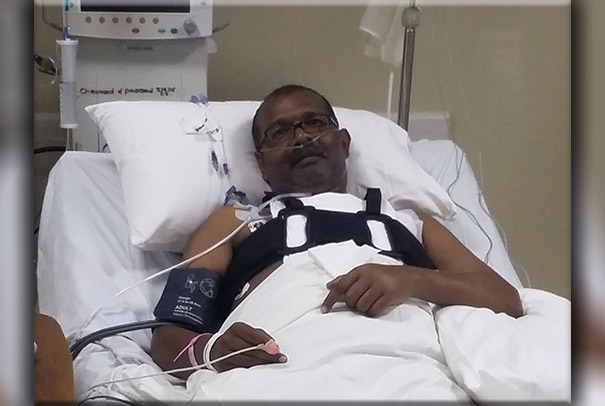 In April of 2004 doctors discovered that I had a cardiac issue and I underwent a triple bypass.  It was also noted that I had an arrhythmia of my heart and the doctors believed that I had a heart attack in 2002 which had caused damage in my heart.  I had not realised this as I had no symptoms and no pain whatsoever.

The need for a triple bypass all came about while I was managing a Pharmacy in the mornings and as I did periodically, I checked my cholesterol.   It was significantly higher than it had been previously so I called my cardiologist who suggested I come in and have an ECG, effort ECG and stress ECG.  As some irregularities were found during the ECG’s, I underwent an angiogram where the blockages in my arteries were identified.  This obviously came as a huge shock and I went away and talked to another cardio thoracic surgeon (a family friend) who also recommended that I did the surgery.

And so my journey to transplantation began….

I underwent the triple bypass in April 2004.  I was incredibly well for a few days post my bypass but by the following Tuesday I was not responding well at all.  Doctors were called in and my long 66 days in hospital began.  I was re-ventilated, and unfortunately there was a blood clot in my toe area which turned gangrenous. As a result of this I had to go through an amputation on my left leg just below the ankle. This was obviously a very trying time for everyone concerned and I thank God that I am alive today to tell this story. 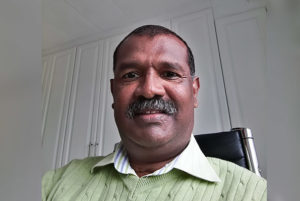 I was discharged in June 2004 and later that year underwent a revision of my amputation to enable me to have a prosthetic. This entailed removing more of my leg to just below the knee in order for the prosthetic limb to be fitted.  By September I also had a pacemaker fitted due to my irregular heart beat needing stabilisation.  I adapted to the prosthetic limb quickly and by December 2004, I managed to go to church for the first time with my prosthetic limb.

I saw my doctor every three months after my bypass.  My heart muscles had been damaged prior to the bypass and I was told to be very careful not to strain myself.  From 2004 to 2013 I had four pacemakers inserted.  This was due to the batteries being depleted quicker than the norm because of my irregular heart beat.  My life changed again in November 2013 when I was told by my cardiologist that the muscles of my heart were severely damaged and the injection rate was sitting at 11%.  I was going into end stage cardiac failure.   That is when they decided to put me on the transplant waiting list.

My pre-transplant work up was completed in November 2013.  I had taken quite a knock over the last 9 years and it wasn’t an easy path to follow.  I was tired both physically and emotionally at this point. My gratitude to my transplant co-ordinator Cindy Goldie and Belinda Moolman at Ethekwini Heart Hospital is huge.  They explained everything to me including the pros and cons, the highs and lows of having a heart transplant.  I read a lot of articles about people living with transplanted kidneys, pancreases, hearts, and lungs and I realised just what an incredible gift this would be for me. A new life was what I could look forward to.

In early 2016, my wife picked up the phone and as soon as I heard it was Cindy, I knew that I may receive my transplant.  I was in the process of leaving for work.  Emotions were high and I knew I had to get to the hospital as soon as possible.  Once I knew the transplant would actually happen, we contacted the rest of the family and my Pastor who came to give moral and spiritual support. It was a special time and as I was wheeled into theatre I was able to see all these special people and know they were praying for me. 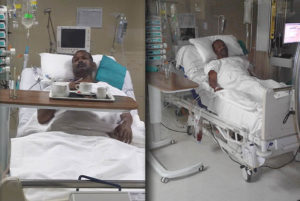 My wife received the news from Mr Kleinloog after my transplant that all had gone well and that my previous heart had been in very bad shape. I spent 19 days in hospital recovering.   I came home and there were lots of things to adjust to in terms of medication, visitors and my care.  Friend and family just had to understand that my health came first and there were restrictions to what I was able to do, who I could see and where I could go for months if not years afterwards. 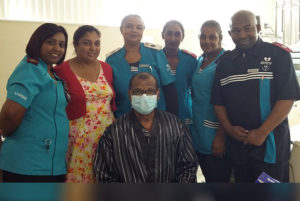 My subsequent visits to my surgeon and cardiologist showed I was doing remarkably well.  As I write this I am already past two years post transplant and thriving.    I am so grateful to my donor family; my thoughts go out to them every day for allowing their loved one to give me a second chance in life.  I also know that I would never be where I am today if it had not been for the dedication of ALL the medical staff involved in my care and transplant, the support of my special wife and family, church family, other transplant recipients who continue to offer their support and my belief in God. 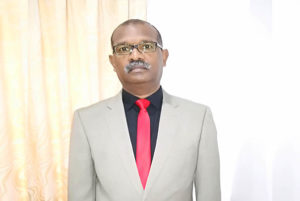 This incredible gift has meant that  I’ve seen my son walk down the aisle, I will see my daughter graduate, I will walk her down the aisle and ultimately see her get married and come November this year, I will be a proud grandparent.  I am who I am today because of this incredible gift of life from my angel donor. My family are registered organ and tissue donors and I continue to encourage everyone I meet to consider donation.

Please consider becoming a hero to someone one day.

Talk about, Register, and Share your decision to become a potential organ and tissue donor one day. #BeAHero