The Gift of Life – by John Moffatt 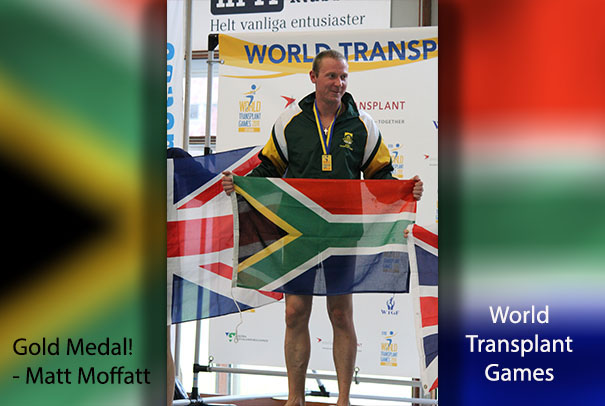 This is a story about Matt who’s here today by the grace of God and the compassion of a family he’ll never know. My son had a heart transplant nearly 17 years ago. He never talks about it so I will tell my part of it.

In the July school holidays in 2001 Matt went through Botswana and the Okavango on a quad bike trip and white water rafting down the Zambezi.  By the middle of August that year he would be fighting for his life in Westville Hospital.  When school resumed in August he had flu-like symptoms and began coughing up blood. Our GP admitted him to hospital as a precaution. He was placed in a general ward and on the second day, soon after I had visited him, a nurse noticed his breathing had become laboured.  He was rushed to ICU.  His mom, Tina phoned me and said I should get back to the hospital as quickly as possible.

When I got there he was hooked up to monitors and wearing an oxygen mask.  I became very emotional and one of the ICU nurses, Sylvia, who came only up to my shoulder, turned me round and marched me out of the room.  She told me my son must never see me upset.  Little did I know, this was to be the start of four months of amazing compassion and skill on the part of doctors, nursing staff and our neighbours, among others. 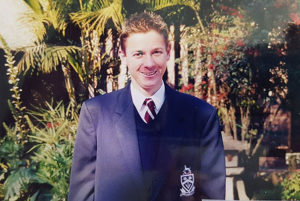 The headmaster of Matt’s school heard he had gone into ICU and came to see him.  His visit marked the start of amazing support from the school and fellow pupils.  A friend came to pick me up at the hospital and take me home that day as I was too upset to drive. After a few hours’ sleep I returned to sit with Matt throughout the night.  Tina and I sat with our son for the next few days and nights as he battled to survive. After a couple of days the specialist physician called in a cardiologist. He realised there was something wrong with Matt’s heart.

A few days later I fetched Tina’s sister from the airport. She came to help us out and sit with Matt during the day while Tina and I tried to carry on running our business.  When we got to the hospital Tina met us in the car park and told us that the cardiologist had examined Matt and told her there were three options: death, medication or a heart transplant and that the first option was not even a consideration and we should try the medication route.

The cardiologist and his colleague a cardio-thoracic surgeon would eventually put four months into keeping my son alive.  When his condition stabilised he was moved to the cardiac ward and a couple of weeks later released to recuperate at home.  Tina and I took turns sleeping on the floor in his room.

Matt’s condition did not improve.  One night at the end of September he was feeling decidedly uncomfortable.  I decided to phone the cardiologist and took Matt back to the hospital.  After the examination he told me Matt’s heart had deteriorated so badly a transplant was now our only option.  Matt was admitted to hospital and placed at the top of the waiting list for a donor. Our nerve-racking wait began…..

The transplant team had already started the work up preparations for a transplant should a donor become available.  The transplant coordinator brought two other heart transplant recipients to see Matt, which helped reassure him and the rest of the family that people could survive the ordeal.  The cardiologist told me Matt was on a rollercoaster ride downhill.  The process was merely being arrested to some extent by the medication and the medication would not sustain him for ever.

As his condition worsened he was moved from a general to a high-care ward. He became weaker and weaker. His legs swelled up until his ankles were invisible. He was permanently connected to a drip and a monitor. During this time the doctors told me on four occasions my son was lucky to be alive.

During Matt’s time in high-care he had visits from his schoolmates, people from his church and many other people who had heard about his plight.  He was feeling very unsettled and one of the nursing sisters suggested he see a psychologist.  Matt said he was not nuts.  But once he started seeing the psychologist he became more settled and concentrated on trying to survive. 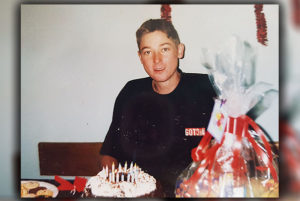 Matt’s condition weakened steadily until he couldn’t get out of bed for more than a couple of minutes at a time.  Eventually in the middle of December a week after his 16th birthday the cardiologist told me his condition was so bad he would last a couple of days at the most.

The next day the cardio-thoracic surgeon would operate to put a pump in Matt’s chest to help his heart.  The cardiologist felt that this operation would be more stressful for Matt than an actual transplant and that at best it would give him only a couple of days’ grace.  He also said Matt would probably not survive another major operation even if a donor heart became available.

Then a miracle happened.  That night a donor heart became available in Cape Town. The heart was flown from Cape Town on an SAA flight and the operation began at 9am the following morning.  By 11:30am we got the message that the surgeon was doing a jig around the operating table……apparently this jig accompanied every successful transplant and as soon as the transplanted heart began beating in Matt’s chest so the jig began.   We saw Matt about 3 hours later and he had already gone back to his normal colour and was warm to the touch. 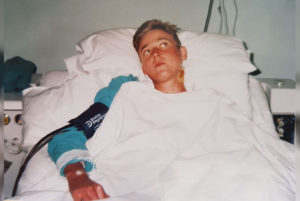 Five weeks later he was back home and preparing to return to school and resume his life.  The skill of the doctors, the care of the nurses and the support of so many people would have been for nothing had it not been for a family who donated their child’s heart.   I am eternally grateful to them and God. 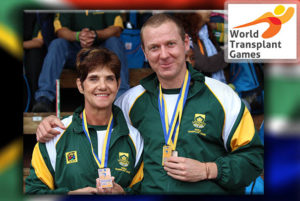 Please consider registering as an organ and tissue donor, talk to your family about your decision and share your decision with everyone that you can.  You can make a difference in someone’s life one day.  Be a Hero