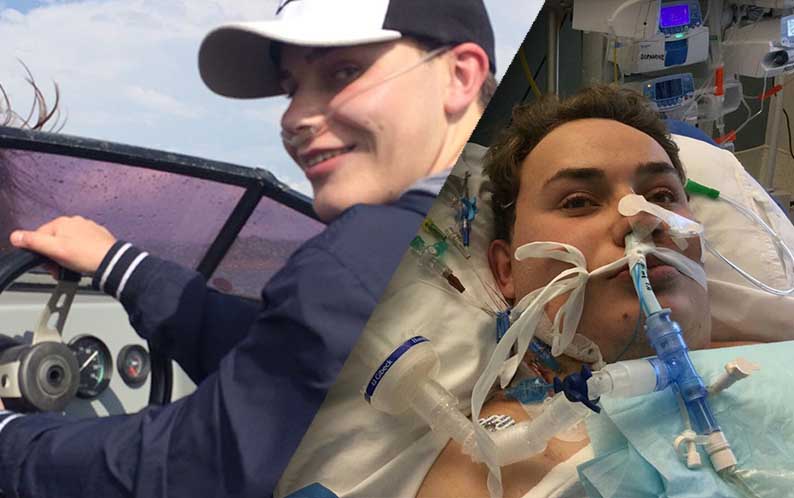 If you haven’t already, you can read about the previous day’s here…

Transplant day +1 finished for us around midnight again. We were emotionally and physically exhausted – how could we get so tired when we had hardly moved all day? Matthew had to some degree “turned the corner” medically. Had it been wishful thinking when I declared to the doctors that Matthew would be fine? No, it was our faith in God, the knowledge that Matthew is a fighter of note and our love for Matthew. We could also now add HOPE for a positive result!

Although we had HOPE now, we didn’t have any more clean clothes, so at 03:30 am we drove home, had a quick shower and packed some more clothes and headed back to the hospital. We were back at the ICU by 05:30 to have a chat with the night staff.

Pics of Matthew before his operation (select to enlarge) : 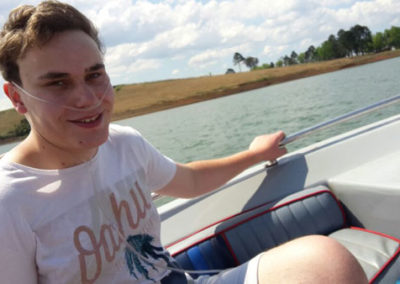 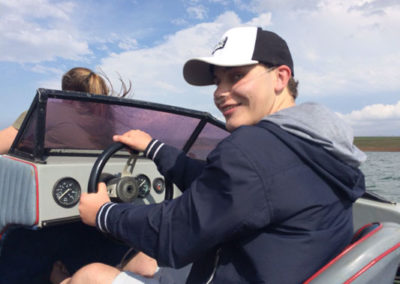 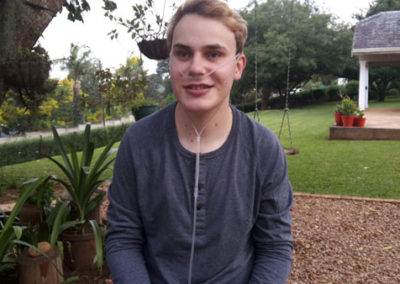 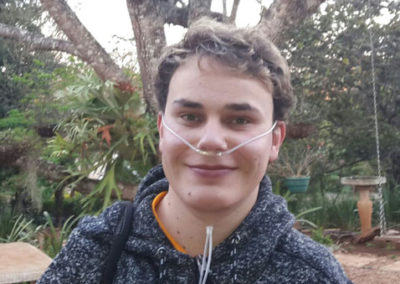 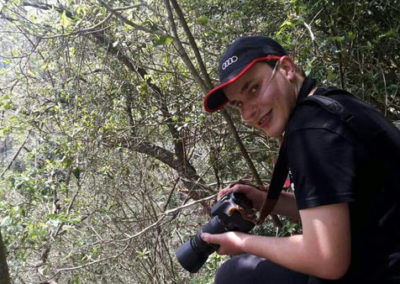 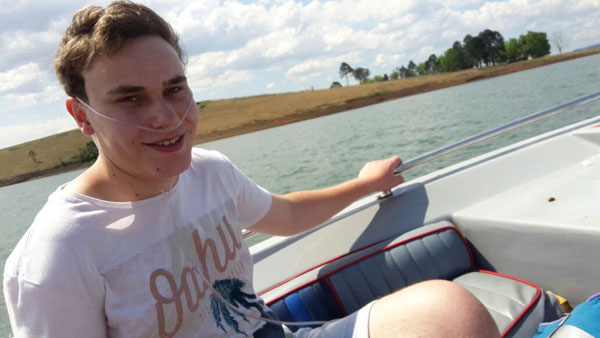 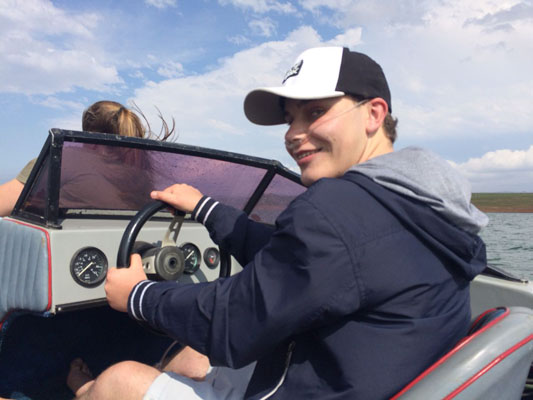 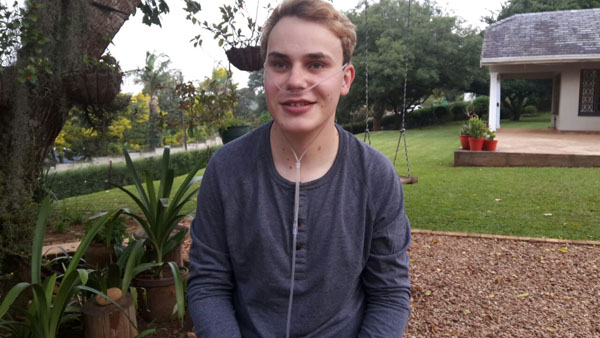 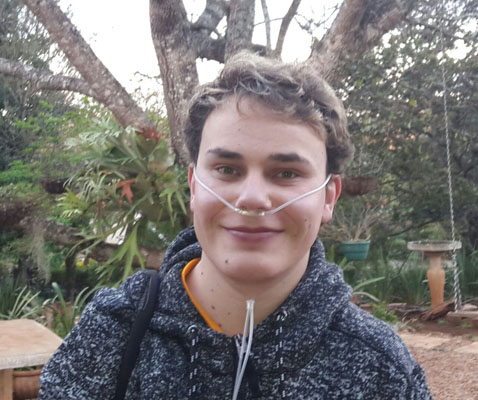 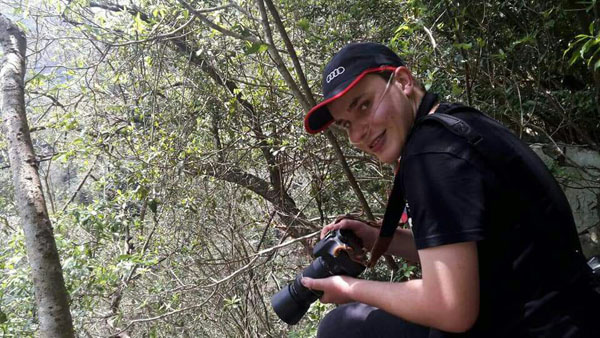 T+2 was the day we found out just how much of a miracle it was, that Matthew had come through the operation. One of the most experienced transplant sisters on the team was Karen. She had looked after Matthew on both of the previous nights, so she really understood what Matthew had been through. As we arrived that morning of day T+2, she came out of the cubicle to talk to us and she was smiling! She confided in us that when she had come on shift the previous night, she was surprised to see Matthew still alive because of the horrible first night that he had. When you hear something like this you know that your son had been in real trouble. What was really encouraging and an answer to prayer, was that Matthew had a good second night, and everyone was pleased with his progress overnight.

One of the other sisters also mentioned how the team of nurses had stood praying in Matthew’s cubicle after they got the news that it was not going well in theatre. This team continued to prayer even while working through that rough first night. This brought us back to Cindy’s comment via phone to Matthew before he went into the operating theatre that, “it’s not the size of the dog in the fight, but the size of the fight in the dog.” We spent T+2 learning about all things transplant related and realised just how big this fight had been.

The hope had been to begin extubating (removing the ventilator) as soon as possible, but this couldn’t be done as Matthew’s neck area was so swollen that it could possibly affect his airway. The real risk of this swelling was that should Matthew be extubated and he then battled to breathe, they would struggle to intubate again and a tracheostomy (pipe in the throat area) was impossible, as this is where the surgery to connect the donor lungs had been made. In other words Matthew might suffocate if the tube came out too soon.

This was the first of a number of “bumps in the road” that Matthew was going to face in the next two weeks. We warned the sisters that Matthew was not keen on ventilation and he had extubated himself while semi- conscious during previous recovery periods from other operations! Fortunately the warning was heeded as he tried this, a couple of times, during his recovery!

In the morning of T+2, the transplant team were still concerned about the amount of internal bleeding that was coming from his chest cavity where his old heart and lungs had been attached. A significant number of units of blood, platelets and plasma had been used during the operation and subsequently. Matthew’s haemoglobin levels were still low on T +2, so he needed more blood. This was a reminder to us that we can all make a powerful contribution to someone’s life by just being a regular blood, platelet and plasma donor.

The chest drains showed a slow steady stream of blood coming out of his chest. Then we realised that the drained blood was being collected in a sterile manner and reintroduced into the body – talk about conservation! Seeing how the critical resource of blood was being managed, led to a discussion with the sister of what the role of a Perfusionist is during the operation. So often it is assumed that a lay person knows what each person’s role is during a procedure and in all honesty we would normally have researched it, but our minds were elsewhere. For us, finding out just how difficult and delicate a balance it was on the by-pass machine to keep Matthew alive was amazing. We soon realised that Perfusionists are often the unsung heroes of surgery. Tamlyn and Delaine had played a massive role had played a massive role in the success of Matthew’s operation, and we realised again how much we have to be grateful for. The Perfusionists managed the by-pass machine which had taken over the function of his heart and lungs. They regulated the levels of oxygen and carbon dioxide in the blood, kept oxygenated blood flowing to the tissues of his body and also ensured the correct balance of pressures, electrolytes and gases to enable him to survive the operation.

As mentioned before, after the operation, Matthew was taken off bypass as his heart was beating and the ventilator was breathing for him. Despite this, Matthew came out of theatre with very low blood oxygenation (remember he was purple!). We were only told later that when the doctor interacted with Matthew on Day T+1, he was actually checking for neurological damage. We did not know at this time that they were concerned that Matthew had suffered brain damage. Therefore they were really pleased when he started to wake up and responded to them, albeit in a” groggy” manner as he was still sedated.

Mr Kleinloog, the lead surgeon during the transplant, shared a little with us about what he had seen when looking at Matthew’s heart and lungs. As he did this, we got to reflect on what Matthew had been enduring right up until his transplant. We knew that he had difficulty in breathing, and that this had been deteriorating – in fact he had been extremely tired all the time. Mr Kleinloog had taken photographs of Matthew’s old lungs and heart when they came out of his chest and explained to us what he saw.

It turns out that Matthew’s heart had been the size of a small soccer ball – and it was so contorted that nothing had been in the correct place. The lungs had also been in a terrible condition, the left lung was so stiff that it had done little to support Matthew. The right lung looked like there were “holes” in Matthew’s lungs like someone had used a small teaspoon to scoop out pieces of the lungs. Mr Kleinloog tried to show us in the photograph what “normal tissue” in Matthew’s lung should look like, but he struggled to find a significant area of healthy tissue to show us.

So while the left lung was doing little, the right lung had its own issues as there was no pulmonary artery in the lungs. Normally, the blood is distributed evenly via a network of arteries and smaller blood vessels looking like the branches of a tree – Matthew didn’t have this. The blood “flowed”from his heart via the narrow pulmonary arteries (which were a third in diameter to what they should have been) and basically stopped at the lung’s edge. The blood then had to fight its way through the lungs and finally exit back to the heart. Mr Kleinloog also told us that looking at the condition of Matthew’s own heart and lungs; he doesn’t know how Matthew survived the last 5 years. When we told him that Matthew had gone to the Kloof Gorge to take photos, a couple of weeks previously, and had ended up doing a very slow almost 10 km walk (over 4 to 5 hours), Mr Kleinloog simply shook his head in disbelief. We believe this is just an indication of Matthew’s mental strength and drive – as the following day he was exhausted and slept the whole day.

We were cautioned that on Day T+2 the new organs often swelled in shock, which could cause Matthew breathing and blood pressure issues. Although this did happen over the coming days it never really became an issue for Matthew. In fact, medically T+2 turned out to be a relatively quiet day for Matthew and we were grateful that we didn’t get the “big bump” we were warned about with the swelling organs. The challenge of the last two days was re-emphasized late in the afternoon, when we were told by one of Matthew’s cardiologists that Matthew’s progress had been“nothing short of miraculous”. 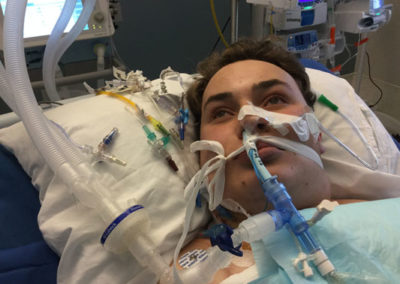 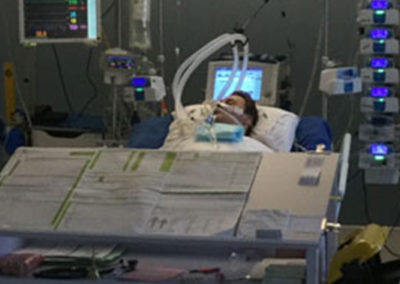 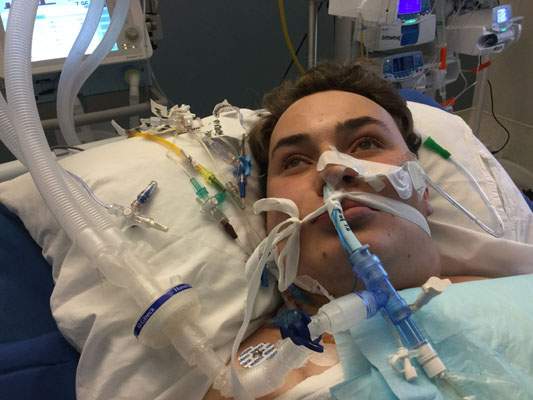 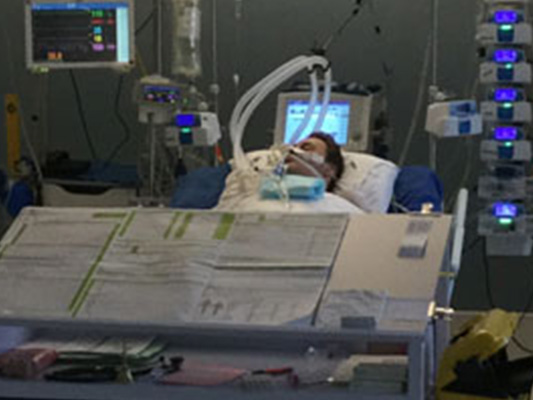 By evening of Day T+2 the bleeding in Matthew’s chest had slowed significantly, and the draining of fluid was minimal. There were still many hurdles to face, to get off the ventilator, stabilising of the HB and clotting factors, reduction of some medication and introduction to others. Some of which would have varying side effects that could upset his progress. The transplant team had become “cautiously optimistic” of Matthew’s prognosis, even though he would still be considered critical for another twenty four hours.

As we looked back on Day T+2 and all that we had learned about what Matthew must have been enduring for the last few years as well as the positive progress of Day T + 2, we were so grateful to everyone involved in his medical care that had brought Matthew to this point. We were also thankful for the army of people who continued to support our family with prayer and encouragement.