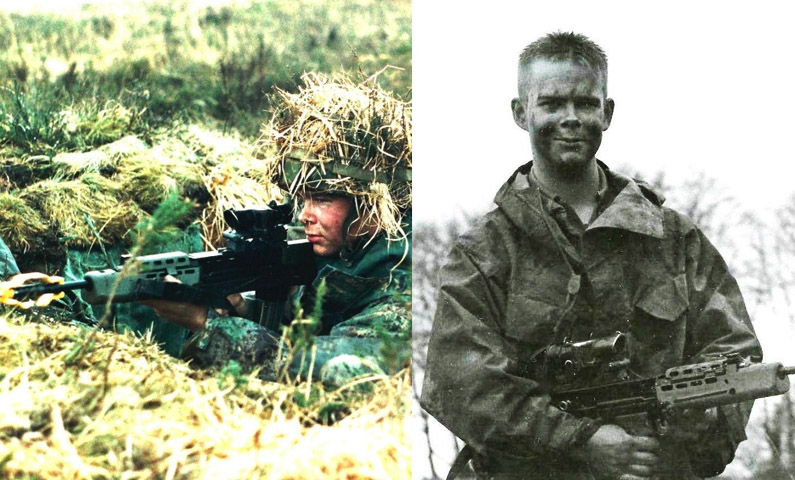 I have been living in Johannesburg since I came to South Africa in 2001 on a 3 year contract as MD of Munters (Pty) Ltd., a subsidiary of the Swedish company that I was a director for in the UK.   I have carried an Organ Donor Card since I came across the organisation in South Africa and had been a registered donor in the UK for many years before that.

It truly saddens me to see and hear about the absolute carnage that takes place on our roads every day, the tragic loss of human lives and the fact that, even though there are thousands of people waiting for a donor organ of one type or another in South Africa, most of the thousands of motorist, passengers and pedestrians killed every year do not even consider registering as organ donors and carrying a Donor card and putting an Organ Donor Foundation sticker in their I.D. book.

To that end, I would like to tell my story…

July 26th 1988 was the worst day of my life – but hang-on, that is halfway through my story – let me begin at the beginning.

My eldest son Anthony – we chose his name because – as we all know, everyone’s names get shortened when they get to school and we thought Tony would still be an acceptable name – but alas, not to be – by 3 years old, he was already Ant!  I digress, he was a bright lad but not really interested in academic learning, all he wanted to be from the age of 12, was a Royal Marine Commando and specifically in the Special Boat Squadron, the Marines equivalent of the S.A.S. and he set his sights very seriously on achieving that goal, joining the schools Cadet Force as soon as he was able, joining the local Karate club to toughen himself up and get physically fit and the local SCUBA club to gain his divers licence. 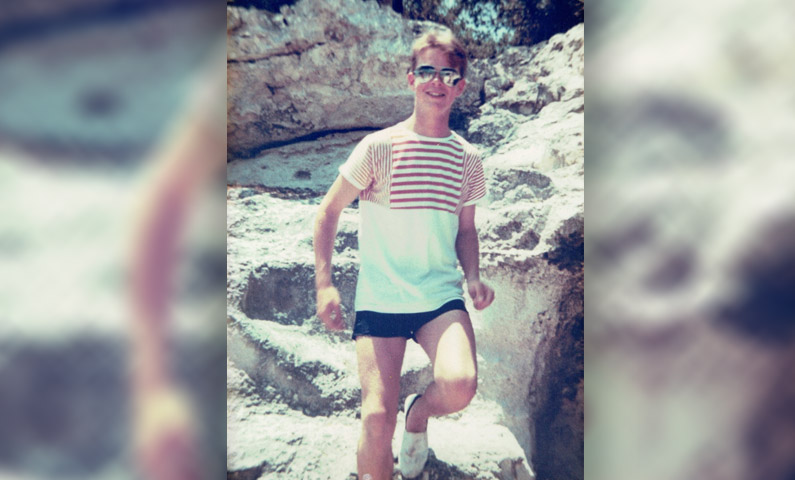 At school, all the girl’s loved him, the phone at home was always ringing with some girl or another wanting to speak to him – that was at a time before all kids had their own cellphone – but he almost treated them with disdain – we often heard him saying something like “I’m watching Top of The Pops, or I’m doing my exercises – call me back in half an hour”

At 16, he was accepted onto a Royal Marine selection course at Commando Training Centre Royal Marines (CTCRM) Lympstone, near Exeter in the UK.  The course was a physically gruelling one, which he passed with flying colours but the selection team were concerned that he was a little too young to stand up to the full 32 week basic commando training, so they sent him home with the recommendations that he bulk up a bit and then come back next year.  This was a bit of a knock for Ant, but he took on board their suggestions, got fitter and stronger and the following year, a month after his 17th birthday, he was accepted. 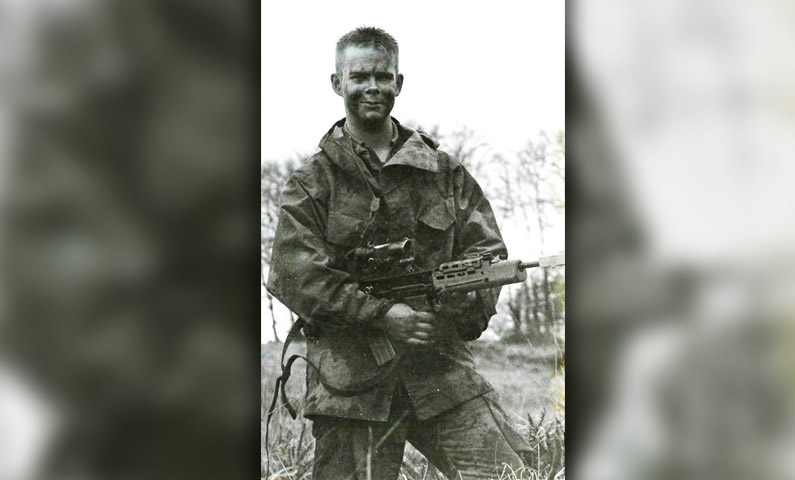 He took to the training like a duck to water and all went well for 30 weeks – just 2 weeks before graduation and then he, like almost 30% of the course, succumbed to shin splints and could not complete his training!   This forced the Marines to give him a medical discharge with exemplary conduct on 14th May 1988.    They eventually found the shin splint problems he and so many of this course succumbed to was caused by a new design of boots that were just introduced to the Marines following so many of the commandoes during the Falklands war getting “trench foot” due to their boots leaking. 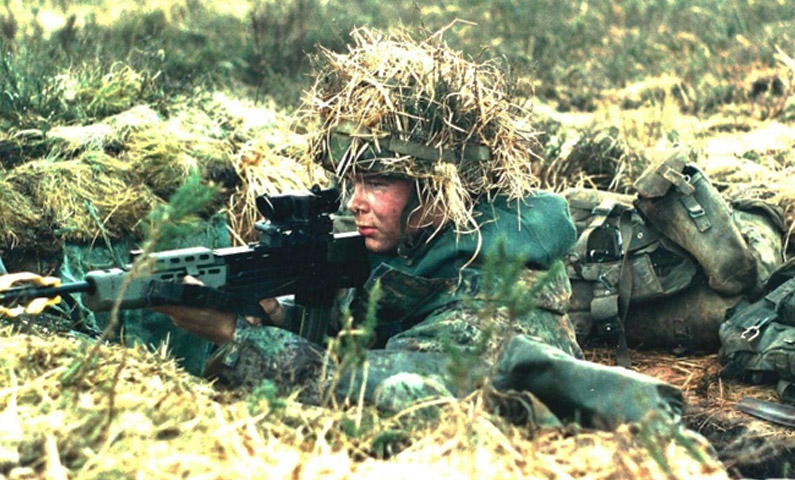 If he wanted to continue with his career in the Marines, he would have to recuperate and start again.

During his recovery, he rested for a month and then started working for the UK subsidiary of the Swedish Company that I was a director of and we travelled together every day from our home near King’s Lynn in Norfolk, the 40 miles to our factory in Huntingdon.

On the morning of the 28th July, I had to collect my boss from Stanstead Airport and so Ant decided to go to work on his Motorbike – he’d had a bike since he was 12 years old and was a totally competent biker.  It was a beautiful sunny, warm summer’s morning and off he went at just before 7:00am, up the narrow country road from our home on his bike.

I followed about 15 minutes later on my way to the airport and about 3km from home, I was stopped by a police car parked across the road and was told that I couldn’t get through as there had been a fatal accident and I told the officer, that I thought it was my son.   It was!

A large truck had come round the corner on the wrong side of the narrow road and Ant had managed to swerve and miss the truck but had gone into a hedgerow, had hit the telegraph post head on, broken his neck and had died instantly, with hardly a mark on him – 200mm either way and he would have survived. 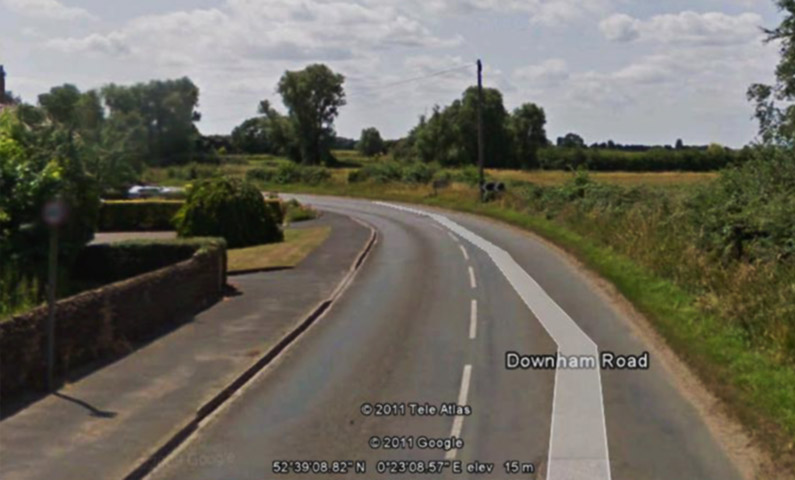 Ant’s Corner – The hedgerow was much taller and fuller and almost hid the telegraph post at the time of the accident.

After a short time, the ambulance arrived and took him away to our local hospital in King’s Lynn and I had to turn around and go home and tell my wife that our son had just been killed. A task I would not wish on my worst enemy – my wife’s scream was blood curdling!

A short while later we were contacted by the hospital and advised that in Ant’s wallet, they had found an Organ Donor card – In the UK, when you apply for a drivers licence, they automatically sent you a credit card style Donor card for you to sign – and he had signed it.   The doctor asked us to go to the hospital as quickly as possible, which we did.  Once there he explained that, as Ant had been killed outright and sometime had elapsed between the accident, being pronounced dead on the scene and getting him to hospital, his major organs were no longer viable for transplant but that his corneas were and he asked our permission to harvest those to give the gift of site to another patient.

My wife was a nurse and she had encouraged all of us to sign and carry an Organ Donor card and so we readily agreed to comply with Ant’s wishes and for the doctors to use whatever they could to help someone else.

At a time of the greatest sadness that any parent can suffer, it gave us some small comfort to know that our son’s death had not been totally in vain and that another person had benefited from his passing.

Ant always seemed to live his life at 100 miles per hour, not a minute was wasted, he had a serious girlfriend before any of his mates, he played men’s rugby at 16 years old for Downham Market Rugby Club and won the young player of the year cup that year – which after his death was re-named the Ant Marshall Memorial Trophy in his honour by the club.

And looking back – it does almost seem like fate had determined that he would only have a short life and so Ant crammed as much into the time he had with us as was possible and the last few month we had together as a family were the best times we probably had, as the Marines had changed him and channelled all of the teenage aggression that caused Ant and myself to fight like cat and dog into a positive attitude.

I encourage ALL adults to please register with The Organ Donor Foundation, your or your loved ones organs are of no use to you when you have died but they can save the lives of other people who have no hope without them.

I know it is morbid to think about your own or a loved one’s death but it is just such a waste to see perfectly good and sorely needed organs being buried in the earth or going up in smoke, when they could be used to save someone’s life, give someone a better quality of life or give someone the gift of sight.

And it really does help a little to realise that your loved one’s death has not been totally in vain.