Our Journey to Transplantation – Veronica Moodley

Our story starts not very differently from most other couples you’ll meet. Boy meets girl, they talk forever and about everything under the sun, he proposes, and eventually they marry and have kids. Though we did meet online, that’s our twist! Actually our story has many twists, and where we are now is just one bend in the road. 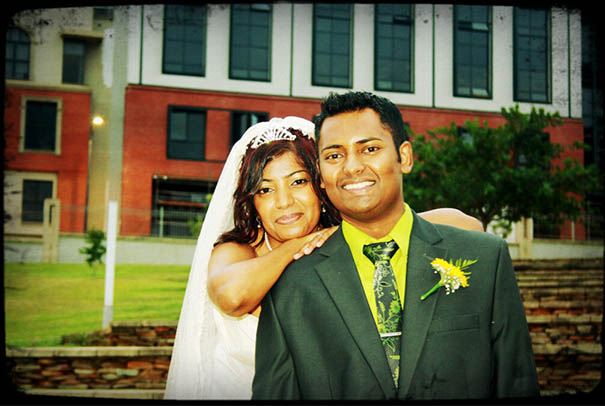 My husband, Marlon, has a rare heart and lung disease called pulmonary hypertension, and his lungs don’t absorb enough oxygen. He is always breathless and the condition gets worse over time. Most patients with pulmonary Hypertension die of heart failure because of the extreme pressures pounding the heart. 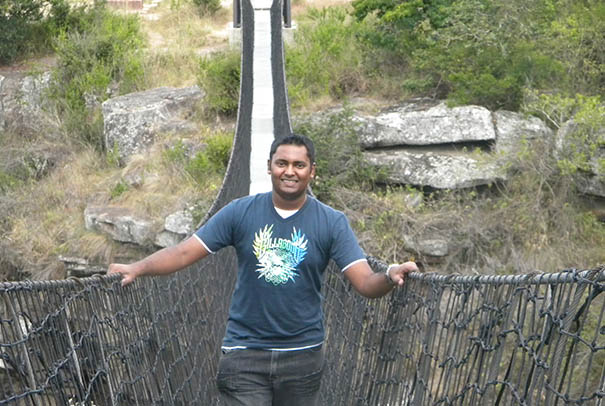 Marlon had been diagnosed for a year when I met him and he was coming out of a deep, dark depression. He told me about his condition very early on in our friendship and after the initial shock, we continued to pursue our friendship. I was eager to know this smart, witty young man and this condition seemed like a distant threat to any possible future happiness. Fast forward two weeks before our wedding, a simple tickling game leads to the first time I witness Marlon having a seizure from lack of oxygen. This was a sobering reminder to us both that this disease had not left the room. 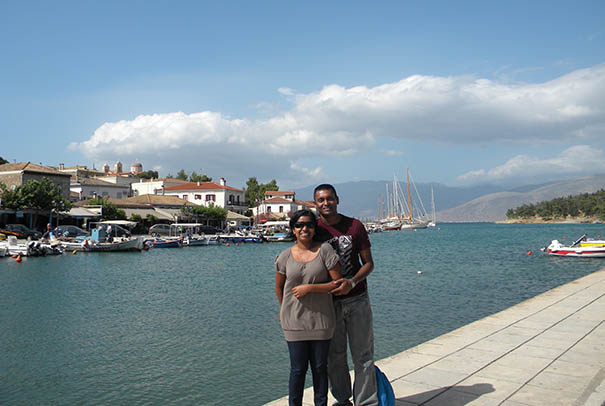 In our first year of marriage, we made some significant changes to diet and lifestyle that allowed Marlon to lose 20 kgs. He was looking and feeling great. We even celebrated our wedding anniversary by touring Greece. As our confidence in his health improved and at the nudging of a fellow patient, we made a decision to look to children. We tragically lost our first son when he was four and half months old after a distressed labour left him brain damaged. The incredible strain and heartache we endured over this time marked a turning point for us and for Marlon’s health. 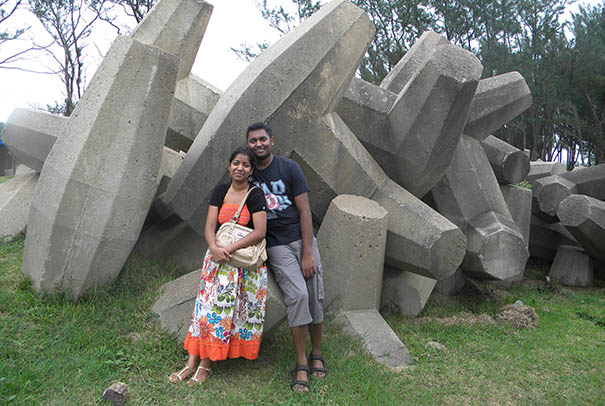 Marlon received medical boarding last year after a lengthy battle with the insurer. This was another change that Marlon needed to get used to and accept. His tenacity and keen analytical mind have always garnered him admiration. This, of course, contrasts sharply against my often chaotic and eclectic way of being. 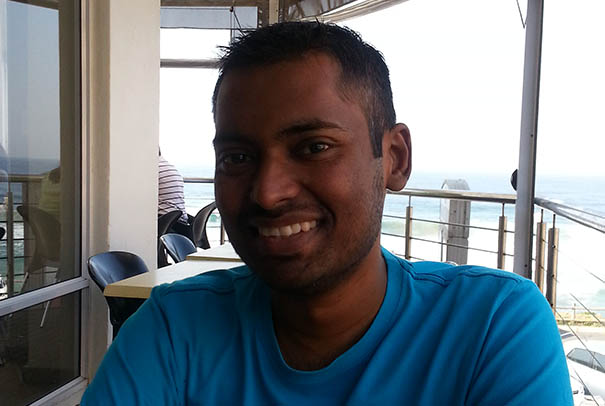 Marlon was prioritised for a heart and lung transplant last year after an 8 year wait. For us the trepidation of a new journey lay ahead. The meeting with the surgeon, Dr Robbie Kleinloog, was difficult as he explained how Marlon’s condition is marked by a sudden decline in the advanced stage. At that time Marlon’s suitability as a candidate for successful transplantation was good. His age, health and meticulous personal care were all in his favour. We left the hospital feeling heartened but nervous. 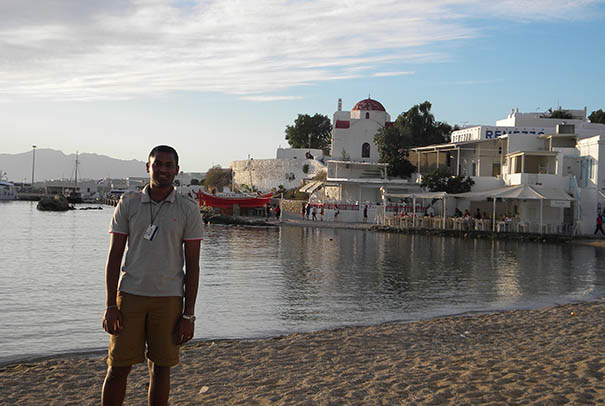 Early this year, Marlon returned to hospital in a serious condition. His heart was not coping and fluid was building up all throughout his body. At one stage, he was retaining 12 extra litres of fluid. He was incredibly swollen, sore and exhausted. His treating physician conveyed to me privately the severity of the situation and that transplantation was really our only option. I felt I could have collapsed in a heap after that conversation. I however put on a brave face, through teary eyes and returned to Marlon’s bedside. The moment we dreaded, delayed and feared was upon us. We prayed, asked family and friends to pray, and Marlon fought to survive. After 12 long days, he was weaned off the cardiac drugs and moved to a general ward. He could see our second son, now 18 months old, and breathe deeply. Thank God for this amazing miracle. 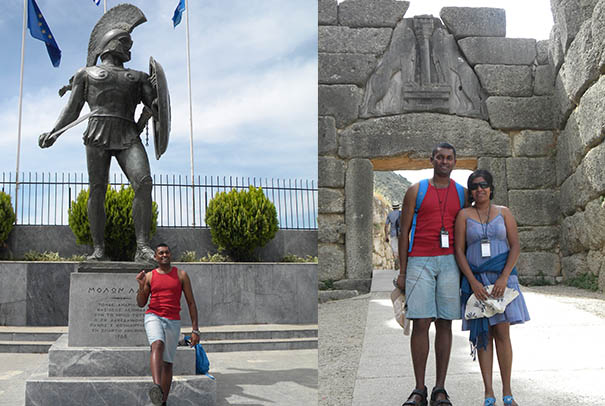 Now we face the wait many others have as well. This is a situation we do not wish on anyone. We can only pray that should a family find themselves in the situation of having lost a family member that they will consider giving life to someone through the gift of organ donation.

I desperately want more time as a wife and a mother to our child, to be able to watch our son enjoy growing up with his daddy by his side. I dream of seeing our son being guided by his dad as he grows and matures, playing soccer and running outside with his dad. I long for that extra time spent with my husband, to grow old side by side, exchanging knowing glances and jokes only we know, to finishing each other’s sentences, and putting our hands to good works. It is incredibly difficult to remain positive all the time but our faith and love for each other makes it easier. 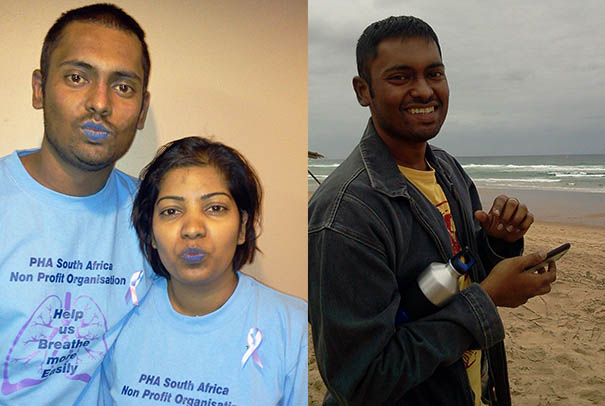 There is a very great need in South Africa for people to consider organ and tissue donation. Please consider registering and sharing your decision with family and friends. SHARE these blog posts to help Hero777 raise awareness for each person in South Africa who is in need of a transplant. All registrations through Hero777 are directed directly to the Organ Donor Foundation’s database and help Matthew (the founder of Hero777) to reach his goal of registering 50 000 new organ and tissue donors and raising awareness which will hopefully help to save people’s lives in the future.