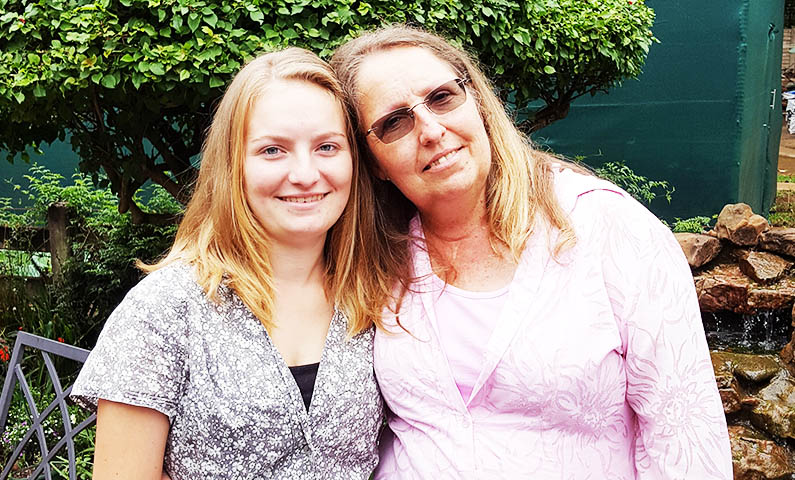 I am Carol Summerfield I was 21 years of age and in the prime years of my life when my kidney journey began in about May 1989. I noticed that my ankles started retaining water and I decided to go to my GP.  He suspected Nephrotic Syndrome.  I was sent for blood tests and was admitted to hospital in July 1989 for a kidney biopsy.  This confirmed that I definitely had Nephrotic Syndrome.

On the 12th of February 1990 I developed septicaemia, pulmonary oedema, cellulitis and I went into cardiac arrest. I was also in a coma for about 2 weeks.  I was on a ventilator and then I had to have a tracheostomy as I had been on the ventilator too long. I eventually pulled through my ordeal and went home.

For the following 3 years everything seemed to be going well however my kidneys gradually started failing. I got more tired as the days went by.  In about August 1993 I needed to go onto dialysis.. I chose to go on to CAPD which stands for Continuous ambulatory peritoneal dialysis.  I dialysed myself 4 times a day and each session lasted about 30 to 45 minutes from start to finish.  I was on CAPD for 1 year and 1 month.

It was on a Sunday night that I received the call from the Transplant Co-ordinator from Addington Hospital to say that they had a kidney for me.  I went straight down to Addington Hospital and was prepared for my transplant on the Monday morning in 1994.  That is when my life changed and I got a 2nd chance.  I can’t thank the donor family enough for donating their child’s organs, because I would not be here today if it weren’t for them.

I got married in October 1996, and my kidney specialist said that I was allowed to have a baby and we started the process because I had to reduce some of my medication.  I ended up falling pregnant in January 1997. I had a fairly normal pregnancy however I did develop pre-eclampsia and my daughter was born 2 months premature weighing 2.02kg’s.

My transplant will be 23 years in September 2017.  If it wasn’t for that very special family who decided to donate their child’s organs, I would not have my wonderful daughter who is 20 years old and she means the world to me.

Thank you to my donor family for my incredible gift of the last 23 years and for giving me the opportunity to be a mother!